A kickback is an unlawful payment intended to compensate a party for preferential treatment or any other kind of illicit services that the recipient has received. The kickback may be in the form of money, a gift, credit, or anything else of value to the recipient. Kickbacks are often referred to as a kind of bribery because of their nature. 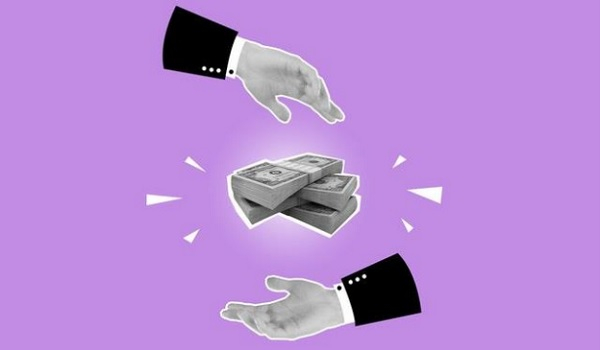 Despite the fact that kickbacks may take many various forms, it is always accompanied with co-operation between two dealing parties. Let us consider the example of financial executive in a firm who ignores the high pricing of services and still accepts the invoice.

In return of this favour, it is generally observed that the seller returns some kind of compensation in cash or kind. These schemes are considered as white-collar crimes and could be extremely difficult to prove in a court of law to get judgement.

As a result of their usage, kickbacks may also be used to purchase a favorable recommendation for the kickback supplier. In the case of a government official who is in charge of supervising contractors on an infrastructure project–such as the construction of a bridge–he or she may be compensated for selecting one contractor over another. It is possible that a better-qualified contractor will not be awarded the contract as a consequence.

Government officers and private executives often engage in kickbacks during contract agreement as it creates ideal ground for such a scenario. For example when an agreement is signed between two firms, ABC.INC and XYZ.PVT.LTD, there is a lot of chances for the managers to indulge in kickbacks. For procuring of lesser priced agreement, the management of other firm may offer reward additional cash or some gifts like latest mobile or a car, depending on the executive and contract.

These are many warning indicators of kickback. They do not necessarily imply that anything illegal is taking place, but the larger the number of them, the greater the possibility of a kickback scheme taking place.

Kickbacks raise the cost of conducting business in nations all over the globe, and they also serve as the foundation for most of the world's political corruption, as seen in the United States. While people indulge in it thinking they wont be caught, firms must be aware of the above warning signs to rectify this problem.