Reasons behind the Formation of WTO

On 1st January, 1995, the World Trade Organization replaced GATT. The reasons for GATT being replaced by the WTO are the following.

The WTO was a natural demand of the times for a holistic development of economies. 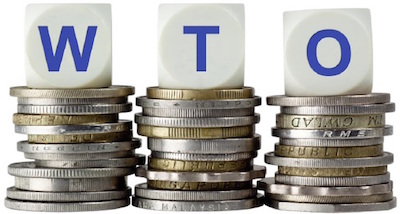 WTO promotes business liberalization and economic globalization. It has implemented a substantial decline in tariff levels.

WTO members experienced an average of 40% decline in tariff rate. Agriculture industry and textile trade expansions, security enhancement, anti-dumping and countervailing, dispute-free investment and trade in services and intellectual properties have been the most significant achievements of the WTO.

WTO plays a major role in promoting peace among the countries. WTO lets international trade and investment to run smoothly. Countries also get a constructive and fair institution for dealing with disputes over trade issues due to the presence of the WTO.

The WTO also plays a role in decreasing the cost of living. Protectionism increases the cost of the goods. WTO lowers the trade barriers via negotiation and through its non-discrimination policy.

Developing countries usually don’t have the muscle to negotiate in the international markets and they need to follow the developed countries’ terms. WTO’s Most favored Nation (MFN) principle, which allows market liberalization, helps the developing nation to trade and prosper. Besides, it also supports the multilateral framework for rules and agreement.

WTO offers flexibility to developing countries to implement their TRIPS obligation, especially those that are adopted in the Uruguay round. It helps in holistic improvement of developing nations.