In the famous Monalisa painting by Leonardo Da Vinci, why does the subject not have any eyebrows?

The famous painting of Mona Lisa, painted by Leonardo da Vinci is one of the most loved paintings on earth till today. This artistic wonder has been inspirational for all the artists for more than five centuries.

The subject of this painting, Mona Lisa meaning, “My Lady Lisa” was actually Lisa Gherardini, the wife of Francesco Del Giocondo who was a wealthy merchant, commissioned the work of her painting. The great painter Leonardo da Vinci painted this, which bears the title La Gioconda. The painting displays an enigmatic smile for which there is a huge fan base all over the world.

The iconic painting is currently worth a whopping billion dollars. 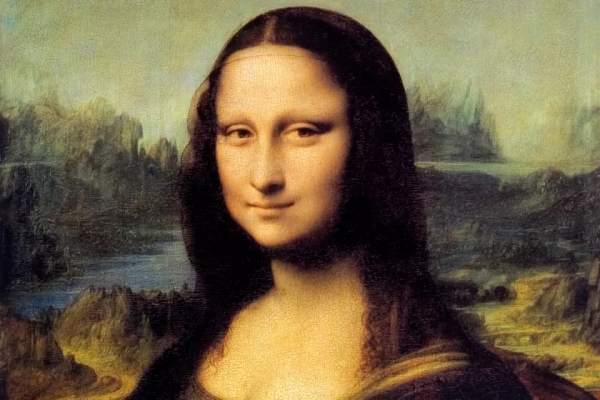 Where are the Eye-brows?

The Eye-brows and Eye-lashes of Mona Lisa are not defined in this world-class painting. Hence, many people have concluded that it was a high-class fashion of that time to bear no eye-brows, while few doubted that the masterpiece must be unfinished.

Interestingly, in the year 2007, a Parisian Engineer named Pascal Cotte examined the portrait of Mona Lisa for 3,000 hours with the use of Ultra detailed Digital scans using a 240-megapixel camera to see traces of left eyebrow which was long obscured from the naked eye. He concluded that the painting of Mona Lisa was drawn with both eyebrows and eyelashes but might got erased while some enthusiastic curator was cleaning the painting.

He also revealed that Da Vinci has started the painting somewhere between 1503 and 1506 and was still working on it till he died in 1517. The famous Da Vinci quote “Art is never finished, only abandoned.” is truly justified.