How does React work?

The front−end development ecosystem is constantly changing. It is getting harder for business owners to choose the finest library or framework from the many available since new tools are released daily.

Speaking of frontend, React.js have been setting records in the web development industry for some time and doing splendidly despite having huge competition.

Why is it so? How is it that react has been able to rule the IT industry while other libraries are still struggling?

We’ll get all these answers in this blog. So, let’s dive in −

React is an open−source, front−end JavaScript library, solely in charge of the application's view layer, and Facebook takes care of it.

Frankly speaking, React is all about components and quite fun to work with once you get familiar with the concepts.

React is the frontend app development library with the most widespread adoption due to the number of exceptional features it provides. Here is a list of the exclusive features −

JSX (JavaScript XML) is a syntax extension for JavaScript. It describes how the user interface should look and uses the power of javascript with HTML, which means you can write HTML structures with JavaScript code in the same file.

JSX converts the HTML tags into react elements which you can use in your react applications.

It's not a string or HTML. Instead, it incorporates HTML into JavaScript code.

An XML or HTML page is seen as a tree structure by the DOM (Page Object Model), with each node denoting a distinct section of the text.

It compares its previous state and modifies just those elements in the actual DOM as opposed to the entire document.

This enables things to rush as opposed to alternative frontend technologies, which must update every item, even if just one object in the web application changes and thus reducing application performance.

React is more than just a user interface framework; it contains several extensions covering the application architecture. It helps with mobile app development and provides server−side rendering. For example, Flux and Redux may be used to supplement React.

Because react employs one−way data binding, all operations are modular and quick. In addition, it's usual to stack child components within parent components while developing a React project due to the unidirectional data flow.

React projects are straightforward to test because there is a vast developer community. Facebook provides a browser plugin that facilitates and accelerates React debugging. The tab allows you to inspect React components directly.

Now that you understand React's fundamentals, let's look at the React pillars.

Components are the building parts of a React application that represent a portion of the user interface. React divides the user interface into multiple components to facilitate debugging, and each piece has its attributes and functionalities.

Components have the following characteristics −

Workflow of Components in React

The components are comprised of two significant members: state and props. Because of these two factors, you may organize the components in a hierarchical structure that assures one−way data flow (through props), resulting in just one state.

This structure is known as a tree, allowing the users to delegate a state's responsibility to a single component.

For instance, if we create a Books component which receives the books data through an array and passes on this information to its child components via a prop only when they require it. Children cannot update the data they get from their parents; if data has to be updated, they receive reinforcement from their parents with an update function.

The component tree enables the users to develop complicated UIs that avoid state confusion. For example, the app in the example will not mix up the book's status with the authors' state, which may result in conflicting information. Instead, the program takes a logical approach to showing the pertinent information and updates it as needed.

Benefits of React.js in Frontend Development−

There are several advantages to using React JS. Let's examine its primary benefits to learn why React JS differs from other front−end development frameworks.

The critical advantage of React is that it allows developers to utilize specific components of their apps on both the client and server sides, which speeds up the development cycle.

Many developers may work on different components without interfering with the application's logic.

If you understand the foundations of JavaScript, installing React should be a breeze.

A knowledgeable JavaScript developer may quickly become acquainted with the React framework's intricacy.

One of the primary benefits React JS is that once you have made a component you can use it anywhere again instead of creating new ones every time. What’s more, changes to one part of the component will not affect the others.

It results in saving precious time and efforts of developers.

React is, in the end, a terrific tool for creating dynamic apps for mobile, the web, and other platforms.

These are the compelling reasons which make React incredibly popular and widely utilized. React developers have grown increasingly adept in JavaScript, which accounts for around 90% of all web development. 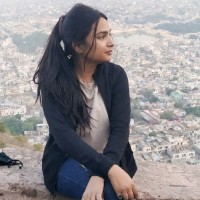