How does Das Keyboard’s Work?

What do you visualize when somebody coins the term ‘input device’? A keyboard, a mouse, a joystick or may be a touch screen. For the majority of the world’s population, keyboards have been the symbols of input devices. Whether you are a professional or a hard-core gamer, a keyboard would always be the primary input device for you.

Keyboards have been around with us since the beginning of the typewriters and digital computers. The keyboards we see now have evolved across a plethora of inventions, innovations, and technological advancements. In the present world, we have smartphones, smartwatches, smart washing machines, smart refrigerators, and the list of smart gadgets goes on and on. 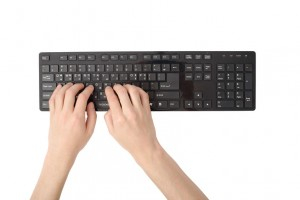 Ever thought what a smart keyboard would be like? What if I tell you, there exists a keyboard that not just only is an input device, but also doubles up as an output device? What if you could program your keyboard? Wouldn’t it be nice to have a taste of the future?

The innovators at Das Keyboards are working tirelessly to enrich, enhance and change the face of the typing experience since 2005. Das keyboards is one of the first organization to create the first premium keyboard that had different weights associated with different keys. Since then, they have been depicted as being the world’s favorite keyboard company.

This fine blend of technology and art has tons of features and functionalities which makes it a stand out product – way ahead of other keyboards that we use today.

Yes, you’ve read it right. The 5Q’s very first outstanding feature on our list is its cloud connectivity. This intelligent keyboard smartly connects itself to the internet to save user preferences and profiles.

The Das Keyboard 5Q is based on an open sourced API. This means that, the 5Q can be programmed seamlessly by the users and developers without breaking a sweat. This keyboard can be programmed using its dedicated programming software which is called ‘The Q App’.

The Beauty of the Keys

Unlike ordinary keyboards, the keys of the Das Keyboard 5Q are seemingly irresistible. These keys contains LED pipes with RGB that illuminates these keys in variable colors. These keys can be programmed to glow in different colors to show different indications. Thus, each key can be used as an input device as well as an output device.

These keys are Gamma Zulu switches from the Japanese electronics giant Omron. There are a total of 104 keys in the TQ model of the 5Q. These keys actuate by pressing them down to a depth of a mere 1.5mm for better speed. You also get the Das Keyboard’s trademark tactile feedback and mechanical switching feel in these keys.

The list of attributes of the 5Q keyboard just goes on and on: the industry grade Anodized Aluminium build of the 5Q makes it sturdy and a beauty to behold. This masterpiece is equipped with a large volume regulator that adds to the mechanical keyboard feel by producing a soul soothing clicking feedback when rotated. 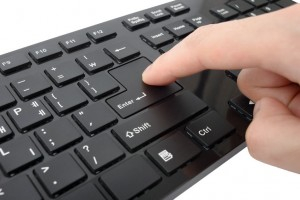 This volume knob also mounts the Q app launcher key on the top. In addition to this, the intell igent 5Q is also equipped with two USB 3.0 ports to connect extra peripherals with the computer such as a mouse, a pen drive, etc. Last, but not the least, owning a 5Q would definitely give you some serious bragging rights.

The Way it Works

The Das Keyboard 5Q comes with a bundled Q app. This app can be used to customize the colours of the keys and how they respond to different situations. These customizations are totally up to the user. However, the Q app also comes equipped with some predefined user profiles.

A simple graphical user interface makes it very easy to customize the behavior of the keys for users. A person does not need to be a programmer to program a 5Q. Various apps of your computer can also be linked to the Q app to change the color of the keys on certain events.

One example to demonstrate the working of the 5Q would be

Suppose, you are expecting an Email from your mom in a very busy day. Checking your Email ID from time to time will make you lose a great deal of time. Instead, you just press the ‘Q’ button from your 5Q to lunch the Q app and set the key ‘M’ to go from yellow to green. The next time your mom Emails you, the ‘M’ key turns green and you get notified about the Email.

As the Das Keyboard 5Q connects to the cloud and its open source community, there would be tons of programmers and tech enthusiasts flocking around the 5Q’s community page. You could easily get a huge variety of customizations available across the community.

The Das Keyboard 5Q can have functionalities of endless possibilities. It can be used by stock marketers to monitor stocks while working on different fields. It can also be used by engineers to keep track of various parameters on the field while developing programs. For example, a doctor may monitor new appointments by using a Q5. Students, sales managers, economists, etc. can monitor their daily targets using the 5Q. A gamer may also use it to monitor his game statistics.

The Das Keyboard 5Q is indeed a game changer in the world of smart computing. This piece of art gives us a beautiful glimpse at the technology of the next generation. This magnificent gadget would surely go a long way in the marathon of technology. We have great anticipations for the 5Q when it goes public.