How can I play a sound when a Tkinter button is pushed?

Python has many inbuilt libraries and modules that are used for building various application interfaces and components. Pygame is one of the python modules which is used to design and build video games and music. It provides a mixture to handle all sound related activities. Using music sub-module, you can stream mp3, ogg, and other variety of sounds.

To create an application that plays some sound on clicking a button, we have to follow these steps,

If we run the above code, it will display a window with a button in it. Now, add music location in the given function to play some music in the application. 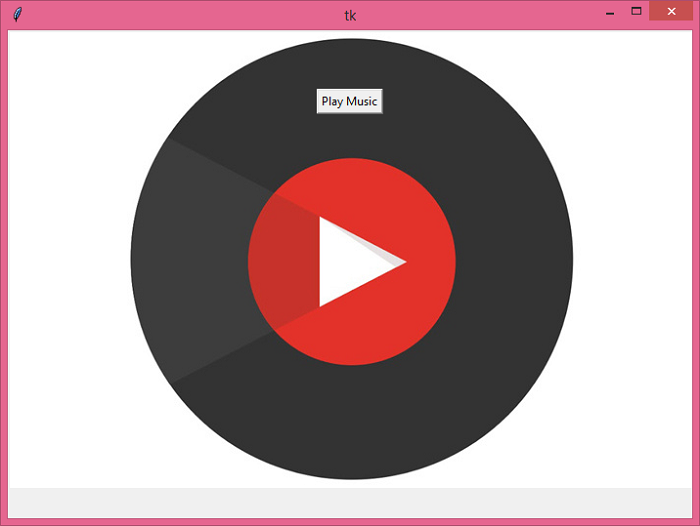