A more specific requirement of a hockey player is that he/she should be able to shoot, pass, stop, push and control the ball with their hockey stick. These skills are much impressing but without the help of other mates in the team, it is merely impossible to step towards success.

The most important thing about the game is that the players are not allowed to touch the ball with feet or other parts of the body. The goalkeeper alone can use the hands for catching the ball. Goalkeeper can use any part of the body to deflect the incoming ball when defending.

It is very interesting thing to learn how to score in hockey. Specific ways to win a score are penalty corner, field goal, and penalty stroke.

Only four players are allowed along with a goal keeper. They must be behind the baseline inside or outside the goal. The other defending players must be behind the half way line or on the line. Any number of players from the attacking team can be there to attack but most probably seven will be the attacking players. One player will be injecting the ball from baseline.

The presence of a stopper at the top of D depends on the set-up of the team. When the injection of the ball takes place before it re-enters D and shot at goal, it must go out of D first. For the first strike to be counted, it must be below the back board, if it is a drag or a deflection, it can end anywhere inside the goal and it can also be counted. 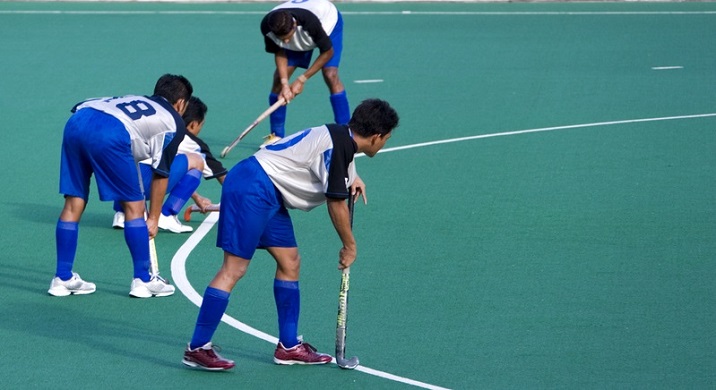 When there is an infringement inside of D, the penalty stroke is given if there was a definite goal scoring chance. It is a free shot that was taken by one attacker against one goal keeper only and from a distance of 6.4 meters straight in front of the goal. The duration of the match is stopped when there is a penalty stroke taken. 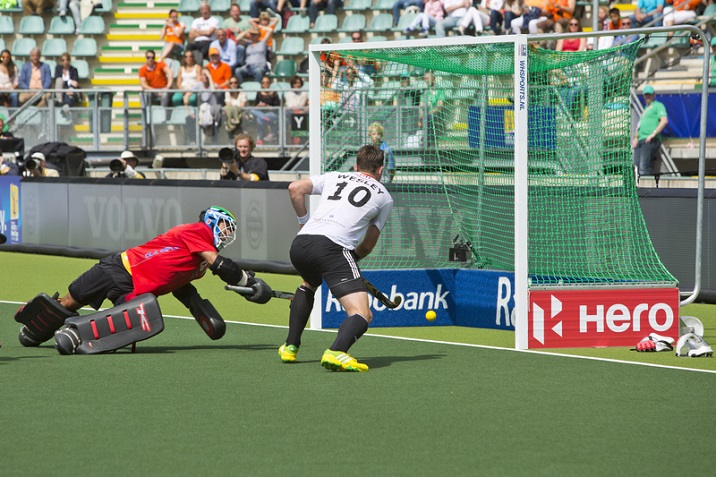 The on-field players are not allowed to control or stop the ball with feet or any other body part. A free-hit is awarded to a team if ball hits the opponent player’s body. The hockey ball is often scooped by players to pass it to their team members directly. However, the same shot is given as foul by the referee if it is played dangerously.

Apart from these, there are tackling fouls where players are found to be little rough with opponent players to take control of ball. The game is observed very closely by referee to declare fouls and make important decisions. The referees in the game display cards in three colors, each of which indicates the level of foul or offence committed by a player. 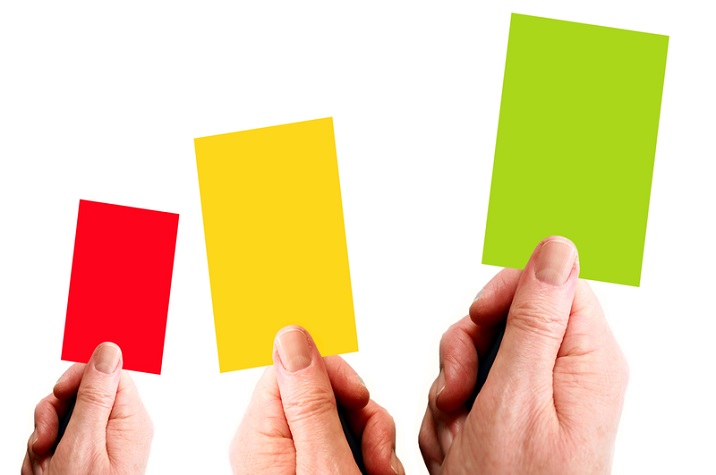