Hockey stick and ball are the most important equipment without which the sport cannot be played. There are many other equipment like shin guard, helmet, glove, shoes, etc., that a hockey player uses during the match.

The following are the equipment used in the hockey game by the goalie and the players.

Hockey Stick − It is a wooden stick with length varying from 26’’ to 38.5’’ depending on height of the player. The bat has a hooked shape at the head. There are mostly four types of variations namely shorti, midi, maxi and the J Hook depending on the efficiency of the player holding the ball. 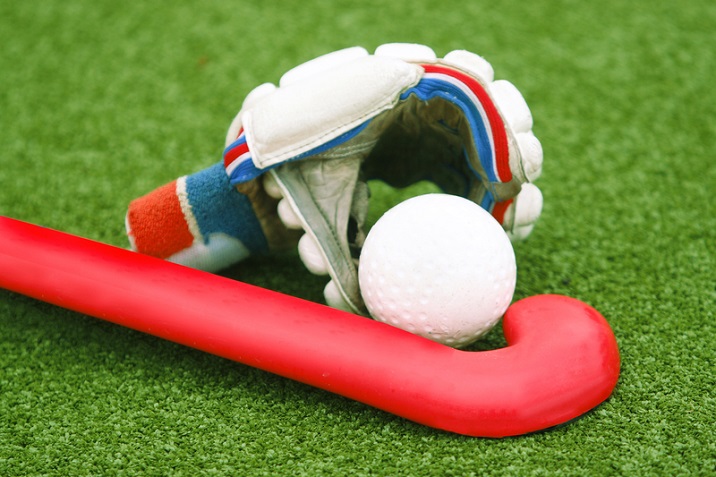 Ball − The hockey ball is a plastic spherical shaped material made of cork core usually white colored. The color varies based on the color of the ground on which the game is played. The circumference of the ball is generally 224 to 235mm. It weighs around 156 to 163gms. To reduce aquaplaning, the ball is covered with indentations so that on wet grounds the inconsistent ball speed cannot occur.

Shin guards − It is worn in front of a player’s shin for protection from injury.

Mouth guards − It is to protect the mouth and teeth during the game while playing.

Helmet and throat protector − These equipment are used to protect head and throat from getting injured.

Cleats (Shoes) − There are special types of shoes which enhance the free walk and run over the ground.

Goalie sticks and heads − For hitting the ball and striking it, the goal keepers use a different type of bat.

Face Mask − It is one of the latest equipment in hockey. It exposes only the eyes and covers rest of the face. Again, this is also made of fiber. It has elastic band or belt to fit firmly.

Body Pad or Chest Protector − The body pad covers the ribs from getting hurt. This is worn inside the uniform.

Pads − The pads are worn to protect knees and lower part of limbs.

Kicker − Kicker is a unique show used by goalkeepers. They are strong enough to protect the toes when goalkeeper tries to kick or block the ball to prevent goal.