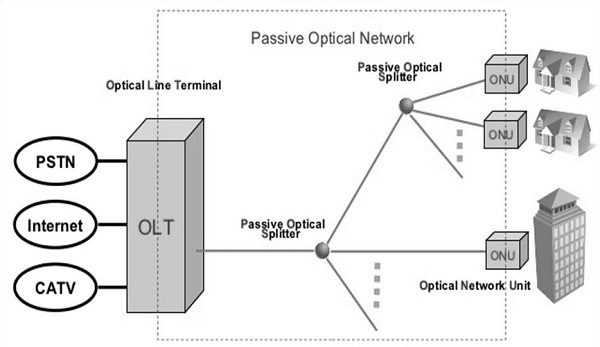 The first Passive Optical Network (PON) activity was initiated by the FSAN group in the mid- 1990s. The initial standard covered 155 Mbps transmission based on ATM known as the APON/BPON standard. Later on, the standard enhanced to cover 622 Mbps.

In 2001, the IEEE started the development of an Ethernet based standard known as EPON.

In 2001, the FSAN group started the development of a gigabit speed standard, i.e., GPON, to be ratified by the ITU-T. 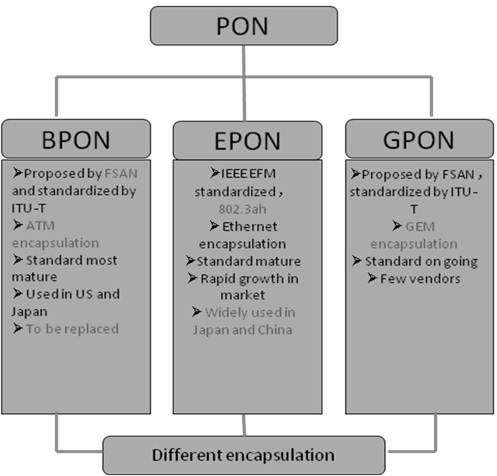 The following illustration shows the network architecture of PON − 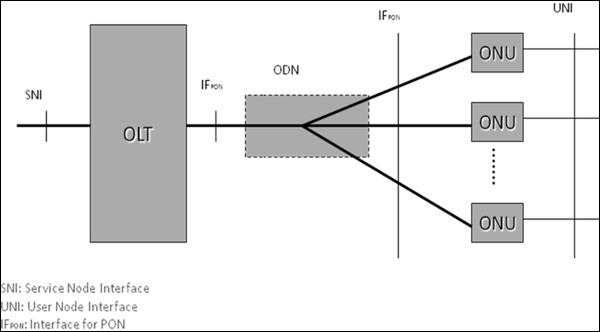 As shown in the above illustration, the ODN may be configured with one or multiple splitters with several cascades. 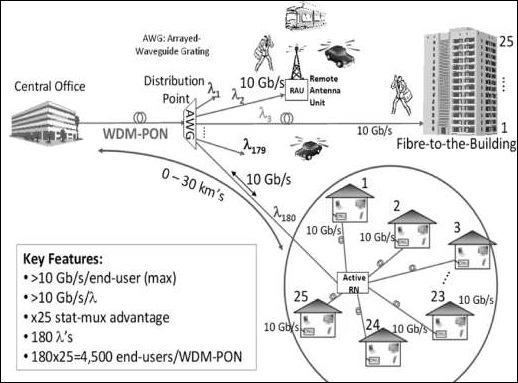 In order to distinguish the signals in two different directions, two multiplexing technologies are adopted, which are −

Let us discuss them in detail −

Time Division Multiplexing (TDM) for downstream − It is a technique of transmitting and receiving separate signals over a common signal path. For this, it uses synchronized switches at each end of the transmission line; resultantly, each signal appears on the line only a fraction of time in an alternating pattern. 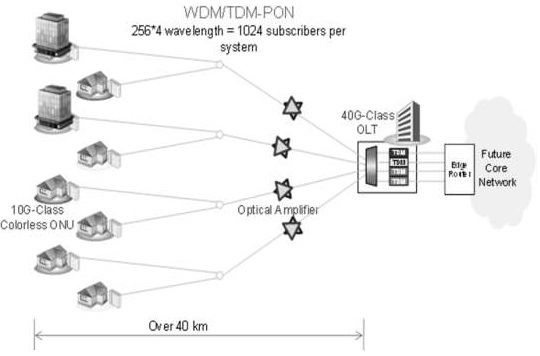 Time Division Multiple Access () for upstream − This technique facilitates many users to share the same frequency channel by dividing the signal into different time slots. 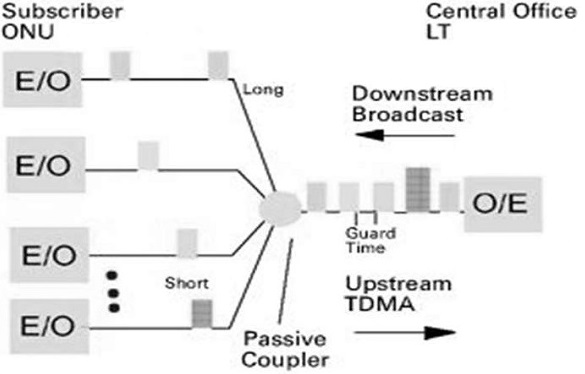 Broadcasting mode − Downstream data is broadcasted to all ONUs. But, at the ONU, only the specific packet is processed, and the rest packets are discarded.

The following illustration shows both the technologies together − 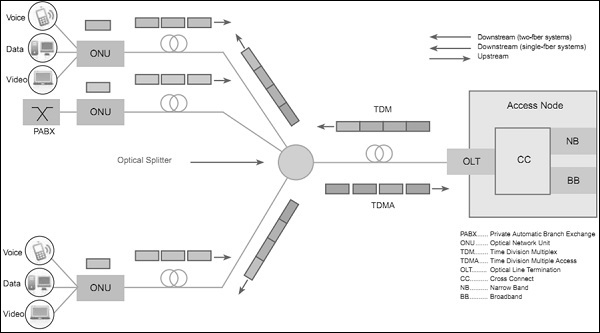 Following are the PON terminologies −

Passive Optical Network (PON) is essentially a cost effective optical fiber based access system that provides triple plays (voice, video, & data) services to both the business and the residential customers. Besides, the simple topology shown in the following illustration, PON can work in other topologies. For example – Bus or linear, distributed splitting, etc.

The different types of topology that are used, depends on the customer distribution profile.

Following are the Passive modules in the PON system −

Following are the active modules in the PON system −

In the next chapter, we will understand what Gigabit Passive Optical Networks are.