For example, if we take ATM machines and we do not use concurrency, then multiple persons cannot draw money at a time in different places. This is where we need concurrency.

The advantages of using the concurrency control are as follows −

To run transactions concurrently, we interleave their operations. Each transaction gets a share of the computing time.

This leads to the following problems −

All arises because isolation is broken.

Two transactions T1 and T2 read, modify, write to the same data item in an interleaved fashion for which an incorrect value is stored in x. T2 reads the value of X before T1 changes it hence the updated value resulting from T1 is lost. 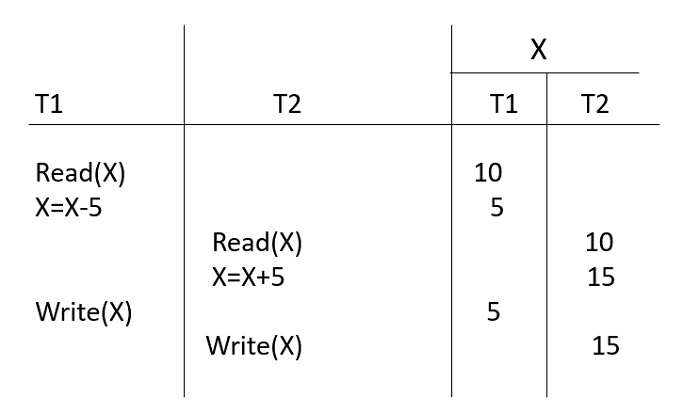 The final value of x is 15, which is incorrect.

T2 reads the update value of X made by T1, but T1 fails and rolls back. So, T2 reads an incorrect value of X. 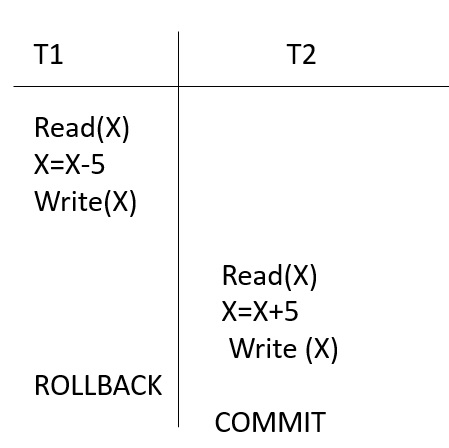 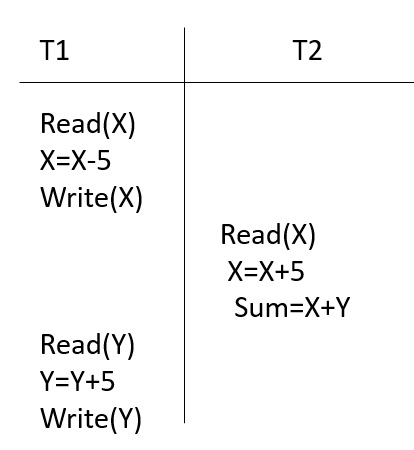 In T2, the value of X is updated but the value of Y is not updated. The sum variable stores an incorrect value. Following protocols are used to control concurrency and preserve consistency.