ATM transfers data in fixed-size units are known as cells. Each cell includes 53 octets or bytes, as shown in the figure. The first 5 bytes contain cell-header data, and the remaining 48 include the payload (user information).

Small, fixed-length cells are well appropriated to transfer voice and video traffic due to such traffic is biased to delays that result from having to wait for a huge data packet to download, among other things. 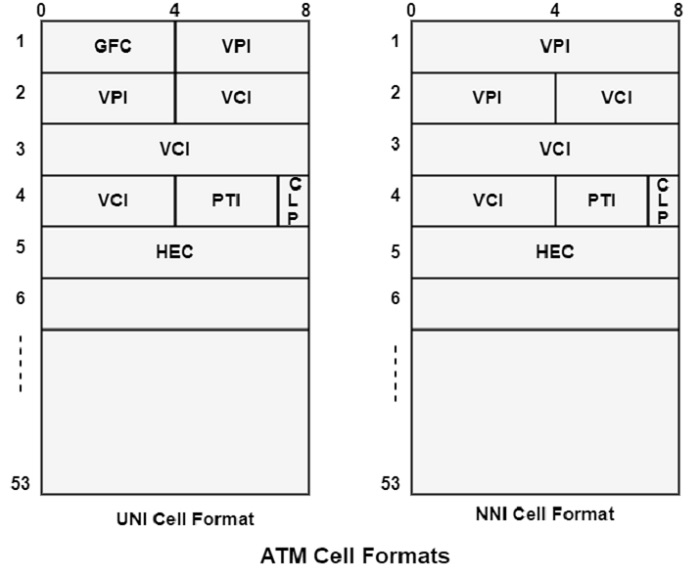