Engineering itself is based on the improvement of current life, whether in terms of technology or efficiency or availability with less financial efforts. The process of engineering lets you go through a series of different experiments when it comes to practical use. Though it is not like an experiment in laboratory under controlled conditions, which is done while learning, an engineer should be ready to do the same on a social scale involving human subjects.

Experimentation is the main aspect of designing process. An engineer who is ought to design the parts of a car, will be able to understand the result only when it is tested practically. Preliminary simulations are conducted from time to time to know how the new concept of engineering acts in its first rough design. Materials and processes are tried out, usually employing formal experimental techniques. Such tests serve as a basis, which help in developing the final product.

In the process of developing a product, an engineer generally learns through experimentation. To simply put, a trial and error method is the mostly used one to obtain results, but that goes with some calculations. Hence, we can say that, primarily any experiment is carried out with partial ignorance. Even the outcomes of the experiments may not be as expected. An engineer should always be ready for the unexpected output. The improvement of current prototype will lead to some change which may or may not be fruitful.

The experiments made are mostly subjected to risks though the project is small. Many uncertainties are likely to occur depending upon the changes that might occur in the altered model or materials purchased. At times, when the materials were subjected to continued stress and strain, or some process, it might happen that the nature of the substance changes which might lead to some destruction. These are the areas of experiment where nothing is really predictable.

Although the experiments and the results are uncertain, there are few things which an engineer is ought to keep in mind. Consider the following points which are related to the moral aspects of human behavior −

The ethics that an engineer should follow depends upon the moral standards of the individual. Conscientiousness implies consciousness which means the sense of awareness. Every engineer is expected to have some moral standards irrespective of the role he is performing.

The present working environment of engineers, narrow down their moral vision fully with the obligations accompanied with the status of the employee. But this might break the moral laws. Along with satisfying the employer’s goals, by behaving as a responsible employee, by not doing any fraud, not breaking confidentiality and violating patent rights etc., an engineer should be conscious about the unexpected. Adverse outcome may come up as unexpected result of their experiments; for this, they are answerable to the public.

As a responsible engineer, one should be informed of the facts so as to be conscious. The engineered products of the company should be in such a way that they can never be used to perform any illegal or unsocial activities, which causes destruction.

It is to be observed that if a company produces some products that are out of fashion or the items which promote wastage of energy and do not fetch in benefits, such things are to be well explained to the employer and alternative solutions should also be suggested by the engineers.

Any person can be morally autonomous only when one is being genuine in one’s commitment towards moral values. Moral beliefs and attitudes must be integrated into an individual’s personality which leads to a committed action.

The responsibility to answer an unexpected result, influences an engineer to involve himself personally into the work. This leads to moral autonomy wherein, he also gains the trust of the employer, through his commitment. Such responsible actions lead to great outcomes.

Accountability can be understood as the moral responsibility that we have towards our actions. It means a tendency to be willing to openly accept the moral examinations towards one’s actions and being responsive to the assessment of others. The gap between casual responsibility and moral accountability is common in any profession, along with engineering.

Let us now consider the following instances to understand accountability −

The engineers who are represented as professionals, and who belong to a professional society need to have some moral responsibilities. A code of conduct is important for engineers to remain committed to their world. 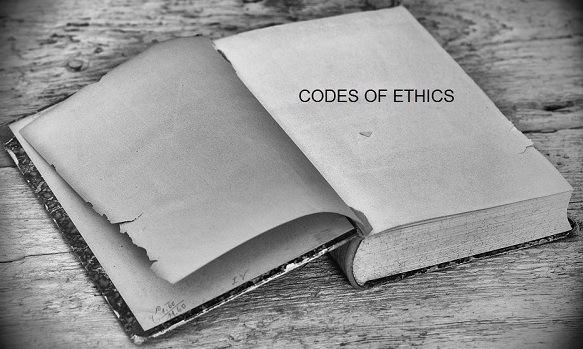 The engineering societies such as AAES, ABET, NSPE, IEEE and AICTE have framed these codes of ethics which are helpful to engineers to strengthen the moral issues on their work. The codes of ethics play at least eight important roles such as the following −

Advantages of Codes of Ethics

Let us now see the following advantages of codes of ethics. The codes