Engineering is the process of developing an efficient mechanism which quickens and eases the work using limited resources, with the help of technology. Ethics are the principles accepted by the society, which also equate to the moral standards of human beings. An engineer with ethics, can help the society in a better way.

The word “Morality” originates from the Latin word “mos” meaning “custom”. Morals are the principles or habits with respect to right or wrong of one’s own conduct. They are not imposed by anyone. Morals are what you think is good and bad personally.

Though morals are not imposed, they can be understood as the preaching of our inner self. Depending on a few factors, our mind filters things as good or bad. These are the ideas that help frame our personality so that we can distinguish between what is right and what is wrong.

A moral is the code of conduct that you develop over time and set for yourself to follow, just like

Morals are always defined by one’s own personality. Morals can be changed according to one’s beliefs as they are completely dependent on one’s perception towards the ethical values.

The word “Ethics” originates from the Greek word “ethos” meaning “character”. Ethics are a set of rules or principles that are generally considered as standards or good and bad or right and wrong, which are usually imposed by an external group or a society or a profession or so.

Ethics can be understood as the rules of conduct proposed by a society or recognized with respect to a particular class of human actions or a particular group or culture. Ethics are dependent on others definition. They may or may not vary from context to context. 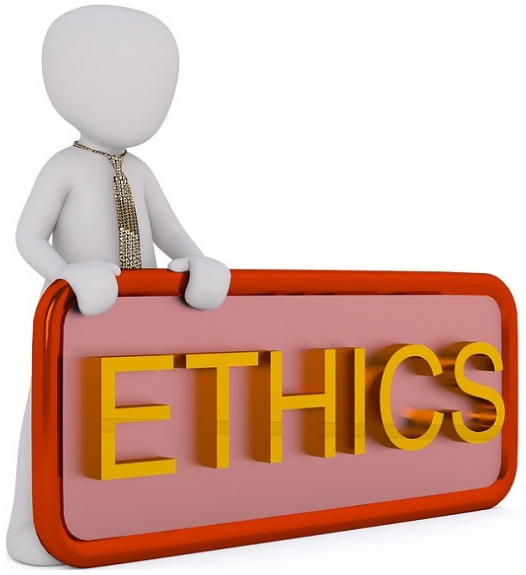 A person who strictly follows a set of ethical principles, may not have any moral at all while a person who violates ethical principles at times, may maintain a high moral integrity. The ethical theories include duty ethics, right ethics, virtue ethics and so on. A best example that can explain ethics is utilitarianism.

Utilitarianism is the philosophy which explains that the happiness or pleasure of a greatest number of people in the society is considered as the greatest good. According to this philosophy, an action is morally right if its consequences leads to happiness of the people and wrong if the action leads to their unhappiness. This theory moves beyond the scope of one’s own interests and takes into account the interests of others.

Ethics are principles followed depending upon the moral responsibility that a person feels. The study of related questions about moral ideals, character, policies and relationships of people and organizations involved in technological activity, can be termed as Engineering ethics.

An engineer whether he works individually or works for a company, has to go through some ethical issues, mostly under the conditions such as, conceptualization of a product, issues arising in design and testing departments, or may be on the issues involving the manufacturing, sales and services. Questions related to morality also arise during supervision and team works.

The ethical decisions and moral values of an engineer need to be considered because the decisions of an engineer have an impact the products and services - how safe they are to use, the company and its shareholders who believe in the goodwill of the company, the public and the society who trusts the company regarding the benefits of the people, the law which cares about how legislation affects the profession and industry, the job and his moral responsibilities and about how the environment gets affected, etc. 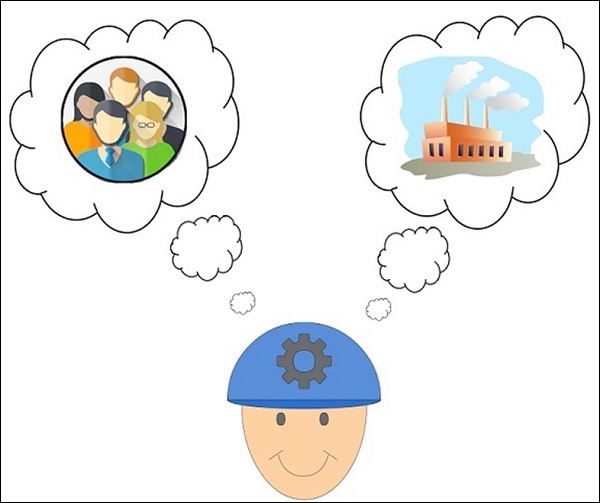 Not only an engineer, but everyone has to follow a set of morals in order to keep away from getting morally degraded. Our behavior should include the following −

Morality commands respect for persons, both others and ourselves. It involves being fair and just, meeting obligations and respecting rights and not causing unnecessary harm by dishonesty and cruelty or by hubris.

Steps to Deal with Issues

Whenever there occurs an issue, one should possess a few skills in order to sort out the problem. The issues that engineers face, have to be dealt with patience and few moral goals have to be kept in mind while dealing with such issues. They are as follows −

Though one has all these moral goals, the ethical reasoning for achieving moral conduct with responsibility and commitment is obtained by a few skills that are described below.

Let us now discuss the important skills for ethical reasoning −