Carol Gilligan, a psychological theorist was born on Nov 28, 1936 in the New York city. She pursued her doctorate degree in Social Psychology from the Harvard University. Gilligan was a research assistant for Lawrence Kohlberg, but she eventually became independent and criticized some of his theories.

Carol Gilligan opines that Kohlberg’s theories are biased upon the male thinking process. According to Gilligan, Kohlberg seemed to have studied only privileged men and boys. She believed that women face a lot of psychological challenges and they are not moral widgets. The women’s point of view on moral development involves caring which shows its effect on human relationships.

Hence she proposed a theory which has the same three stages of Kohlberg but with different stages of moral development. Let us understand the stages in detail. 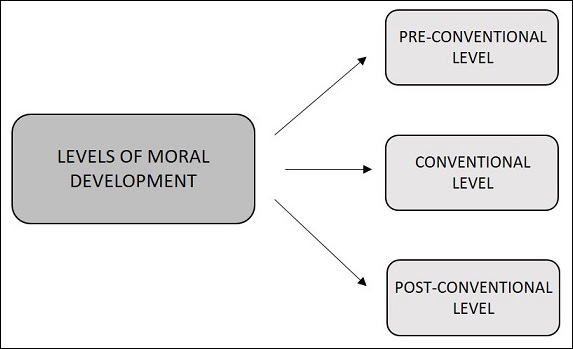 Though the names of the stages are the same, the stages differ in this method. The moral development in Gilligan’s theory are based on pro-social behaviors such as Altruism, caring and helping and the traits such as honesty, fairness and respect.

According to the Carol Gilligan’s theory of moral development, changes occur due to the change of self rather than the critical thinking. It was stated that the post-conventional level of Kohlberg is not attained by women. But Carol Gilligan researched and found that the post-conventional level of thinking is not being easy for women to go through because they care for the relationships.

Care-based morality is the kind of thinking found in women. This is based on the following principles.

Justice-based morality is the kind of thinking found in men. This is based on the following principles.

The Carol Gilligan’s theory can be better understood if explained with an example.

In order to understand Gilligan’s theory, a popular example is usually considered. A group of moles give shelter to a porcupine. But they are being continuously stabbed by the porcupine’s quills. Now, what should they do?

The Pre-conventional level of thinking states that to think for the good of oneself, either the moles or the porcupine only can live there. The other has to leave the place.

According to the Post-conventional level of thinking, which states that the good of both the parties has to be considered, both the moles and the porcupine come to an agreement that both will have separate places in the same burrow, where they limit to behave themselves and will not cause any trouble to other. This helps both of them to live in the same place with peace.

The researchers found that the solution to this scenario is different with different individuals; gender also plays an important role. The thinkers were observed viewing the problem in two different perspectives, the care-based and the justice-based.

In a Justice-based perspective, the solution to the problem is viewed as a conflict between two individual groups. Only one of them can have the property. Either moles or the porcupine will get the place in the burrow. Hence the solution to the dilemma, is not a resolution of the conflict, it is a verdict.

In a Care-based perspective, the approach differs. The problem is viewed as a difficult situation faced by both the parties together, rather than a fight between both of them. Hence the solution is sought in a way around the problem or to remove the problem completely. The solution may sound compromising but not damaging. The relationship will still be the same, after the resolution.

Researchers found that Justice-based perspective is pre-dominant among males while Care-based prospective is among females.

The moral judgment may lead to conflicts if they are not delivered properly without hurting the feelings of the persons involved. There are two stages after the judgement. The stages are described below −

This is that state where people come into agreement with the judgement given by getting convinced with the moral reasons. This will leave the persons with a feel that justice has been done, the verdict may favor any party.

This is that state where the persons involved in an issue are not satisfied by the verdict and might feel that it was decided on partial interests. This will leave the people with a sense of dissatisfaction that justice was not done, which might lead to another conflict.