Let us understand the concepts of Fastag, Bar code, QR code and Near Field Communication (NFC).

FASTag is an electronic scanner system used for toll collection in India, which is operated by the National Highway Authority of India. It is based on radio frequency identification (RFID) technology. FASTag is fixed on the windscreen of vehicles. FASTags does not have any expiry date. They can be recharged at any time.

Vehicles with FASTag enabled do not have to stop at toll gates where charges are deducted from the prepaid or bank account when the vehicle is moving. The drivers do not have to stop their vehicle to make transactions as the toll collection will be done electronically under the National Electronic Toll Collection (NETC) programmed.

A bar code reader decodes the data contained in the barcode and sends it to the computer. It produces a beam of light or a laser beam to read barcodes which is reflected by the bar code image. A light sensitive detector which is present in the reader identifies the bar code by recognizing special bars on both ends of image. With the help of these special bar’s reader is able to identify whether the bar code has been read right side up or upside down.

Once a barcode is identified by a bar code reader it decodes it and converts the individual bar patterns into numeric digit code that can be read by computer. After decoding the barcode it enters that data into the computer as a text. 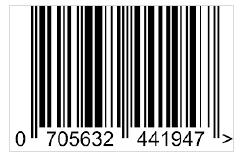 QR code is called as "Quick Response", it allows us to encode or store over 4500 characters in a two-dimensional bar code. These codes are the "square barcodes" that are initially developed and used in Japan.

Given below is the sample QR code image − 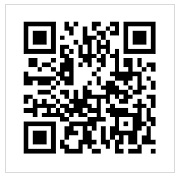 As we can see above all QR codes are made of black dots and white spaces forming a square grid. When humans scan this QR code via scanner then they can be able to view the information in a readable format. Nowadays, mobiles allow us to scan these QR codes easily.

NFC operates within a radius of about 4 cm and also provides a wireless connection between your device and another device. It allows for two-way communication, with both devices involved and are able to send and receive information. This NFC connection does not depend on Wi-Fi, 3G, LTE or otherwise, and it doesn't cost anything to use. 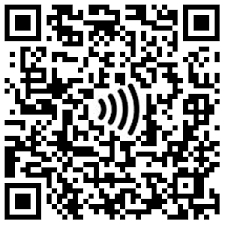 The major differences between QR code, NFC, Fastag, Barcode are as follows −