What are the differences between Fastag and QR Code?

Let us understand the concepts of QR Code and Fastag.

QR code is called as "Quick Response" and it allows us to encode or store over 4500 characters in a two-dimensional bar code. These codes are the "square barcodes" that are initially developed and used in Japan.

Given below is the Sample QR code image − 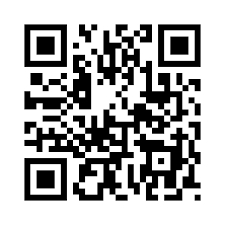 As we can see above all QR codes are made of black dots and white spaces forming a square grid. When humans scan this QR code via scanner then they can be able to view the information in a readable format. Nowadays mobiles allow us to scan these QR codes easily.

QR codes can be used for storing data like the following −

FASTag is an electronic scanner system used for toll collection in India, which is operated by the National Highway Authority of India. It incorporates the Radio Frequency Identification (RFID) technology for doing toll payments either prepaid or from savings accounts which are linked to it or directly toll owner.

When we pass a FASTag-enabled toll plaza, we don’t need to stop our vehicles to make cash payment for the toll fee. we can keep driving and the fee will be paid automatically.

The major differences between Fastag and QR Code are as follows −