Difference between virtualization and containerization

Data canters consist of a large number of enterprise servers. Not all servers are active at the same time. In case traffic is directed mostly to a particular set of servers more, those servers get busy. The other servers are less loaded, or they even turn totally inactive, thereby wasting power, maintenance costs, and other allied resources.

Go through this article to find out how Virtualization is different from Containerization.

Virtualization is the process of partitioning a physical server into multiple virtual servers. The process of partitioning is carried out using a software called 'hypervisor'. After partitioning, the virtual servers act and perform just as a physical server. Essentially, it means using the same hardware set-up more efficiently, thereby freeing the resources for other tasks or retiring the resources altogether.

What is a Hypervisor?

A hypervisor, also known as Virtual Machine Monitor (VMM), is a software program that executes on a computer to manage multiple VMs.

A Hypervisor creates an abstract layer on the computer hardware, handles resource allocation, and monitors the virtual machines.

A wide variety of IT resources can be virtualized, as mentioned below −

Following are some of the notable advantages of virtualization −

Now let us see what Containerization is and why it is required.

When code is developed in a specific computing environment and transferred to a different environment, there is a high possibility of the code to result in bugs and errors due to missing dependencies, libraries, or any configuration setting files.

For example, if a Windows-based version was ported to Linux operating system, or when an application was developed in the business environment and ported to the customer’s environment, the application would often throw errors. If the dependencies are provided along with the code, the potential bugs and errors can be eliminated.

Containerization is the process of bundling the application code along with the libraries, configuration files, and dependencies required for the application to run cross-platform.

What is a Container?

The single package of software built using containerization technology is called a ‘Container’. The container is a standalone package, independent of the host operating system. Being as such, it can then execute across multiple platforms, without any issues.

Following are the advantages of using Containers −

Difference between Virtualization and Containerization

Virtualization supports executing multiple operating systems on a single physical server, whereas Containerization supports deploying multiple applications developed in the environment of one operating system residing on a single virtual machine or a server. Both the technologies address different challenges, hence the latter will not replace the prior. 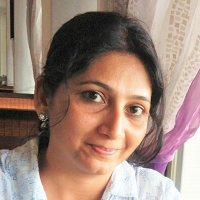