Only a single waveform is not sufficient to define all types of phenomena, available in nature. At a certain time, a pair of light, as well as sound waves, is found to experience interference. At the time of passing through each other, a wave front is created.

In physics, interference is the net effect of two and more waves’ combinations. Two and more waves are often found to intersect within themselves. Each individual wave has a unique amplitude value (Arjunan, 2019). This value is affected by changes and frequency of interference. 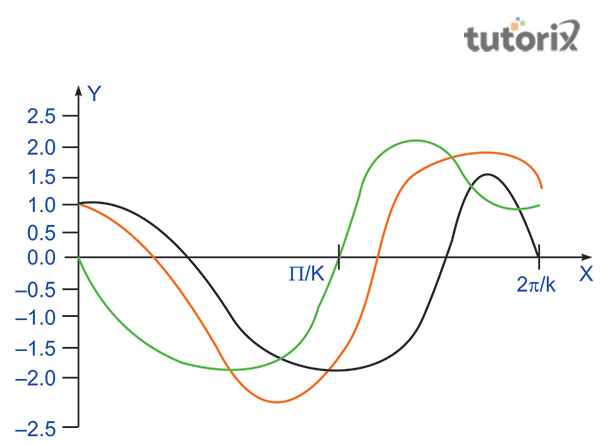 As presented above, the phase difference is “δ = π”. Two thin lines also interfere at a point, situated at the X-axis. The middle red line is the resulting wave of the other two different waves.

What is Destructive interference?

At a time when the maxima of more than one wave are found at 180 degrees, destructive interference takes place. A positive displacement is responsible to cancel a negative displacement. As a result, the amplitude value becomes zero.

In the case of interference of light waves, Young’s two-slit experiment is very significant. As per this experiment, the bands of dark lines are associated with bright lines (Miao et al. 2018). The specific dark areas are responsible and occur at the time when the waves destructively interfere with each other. 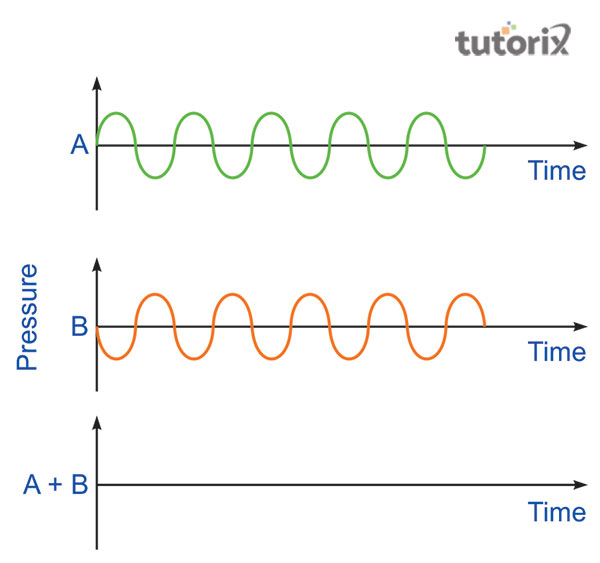 In the above-presented figure, A and B are two different waves. Both of these waves possess similar frequencies. While travelling through a medium, the values of these waves interfere. The direction of these waves is also at the same point. Two and more than two forms are found to travel in a different medium with different frequencies. The value of a resultant wave is dissimilar from each other. The sum value of the intensity of each wave is also an important factor that affects the overall nature of destructive interference (Li & Masouros, 2018). Superposition of the resultant waves is sometimes negligible that resulting in destructive interference.

Q1. What is the principle of superposition?

Ans. Superposition is based on the principle that states about two and more waves, traveling through a medium. The function of a resulting wave is algebraic in nature and the value is equal to the total of an individual wave function.

Q2. How the radio waves and electrons are internally connected to the destructive interference?

Q3. What is the most significant example of destructive interference in real life?

Ans. In real life, the modern electronic components of an automobile muffler are a great example. As a result of destructive interference, the sounds are found to interfere in a destructive manner.

Q4. What is the amplitude value of a wave?

Ans. The amplitude value of a resulting wave is zero. This is an important part of the concept of destructive interference.