Design a TM to compute addition of two unary numbers

The unary input number n is represented with a symbol 0 n – times.

The separation symbol, „#‟ (any other special character) shall be used to distinguish between two or more inputs.

Step 1 - Read the symbols of the first input with no replacements and move right.

The Turing Machine (TM) is as follows − 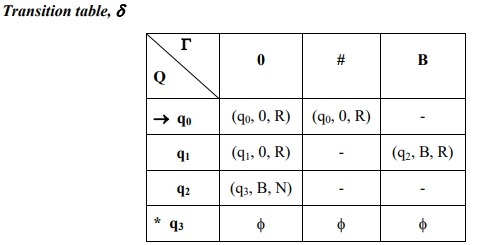