Any device that does not need to remain at one place to carry out its functions is a mobile device. So laptops, smartphones and personal digital assistants are some examples of mobile devices. Due to their portable nature, mobile devices connect to networks wirelessly. Mobile devices typically use radio waves to communicate with other devices and networks. Here we will discuss the protocols used to carry out mobile communication.

Mobile communication protocols use multiplexing to send information. Multiplexing is a method to combine multiple digital or analog signals into one signal over the data channel. This ensures optimum utilization of expensive resource and time. At the destination these signals are de-multiplexed to recover individual signals. 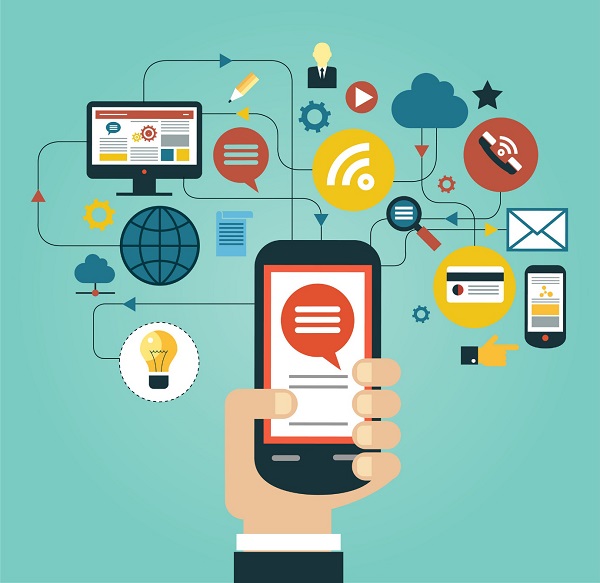 These are the types of multiplexing options available to communication channels −

GSM stands for Global System for Mobile communications. GSM is one of the most widely used digital wireless telephony system. It was developed in Europe in 1980s and is now international standard in Europe, Australia, Asia and Africa. Any GSM handset with a SIM (Subscriber Identity Module) card can be used in any country that uses this standard. Every SIM card has a unique identification number. It has memory to store applications and data like phone numbers, processor to carry out its functions and software to send and receive messages

CDMA stands for Code Division Multiple Access. It was first used by the British military during World War II. After the war its use spread to civilian areas due to high service quality. As each user gets the entire spectrum all the time, voice quality is very high. Also, it is automatically encrypted and hence provides high security against signal interception and eavesdropping.

WLL stands for Wireless in Local Loop. It is a wireless local telephone service that can be provided in homes or offices. The subscribers connect to their local exchange instead of the central exchange wirelessly. Using wireless link eliminates last mile or first mile construction of network connection, thereby reducing cost and set up time. As data is transferred over very short range, it is more secure than wired networks.

WLL system consists of user handsets and a base station. The base station is connected to the central exchange as well as an antenna. The antenna transmits to and receives calls from users through terrestrial microwave links. Each base station can support multiple handsets depending on its capacity.

GPRS stands for General Packet Radio Services. It is a packet based wireless communication technology that charges users based on the volume of data they send rather than the time duration for which they are using the service. This is possible because GPRS sends data over the network in packets and its throughput depends on network traffic. As traffic increases, service quality may go down due to congestion, hence it is logical to charge the users as per data volume transmitted.

GPRS is the mobile communication protocol used by second (2G) and third generation (3G) of mobile telephony. It pledges a speed of 56 kbps to 114 kbps, however the actual speed may vary depending on network load.