Can we distinguish numbers as lucky and unlucky numbers?

Numbers could be Whole, Natural, Odd, Even, Prime, Rational or so. But I wonder what numbers have to do with your Luck!! There are many people around the world who believe in Myths and Superstitions like lucky and unlucky numbers. Many Americans believe that 13 is an unlucky number and Friday is unlucky day and when both of them come together, it’s the unluckiest day ever according to western superstitions. God!! I pray for the fate of a person who was born on 13th Friday!!! Sounds stupid, right? There must be many in this world who were born on 13th.

Are all of them unlucky? Having this tension in mind, many of them stick to their houses on this day. Even most of the apartment buildings in western countries, don’t have the 13th floor!! Instead, they mention it as 12A, which is like 12, 12A, 14 and so on. This fear of 13th Friday is called as Paraskavedekatriaphobia. 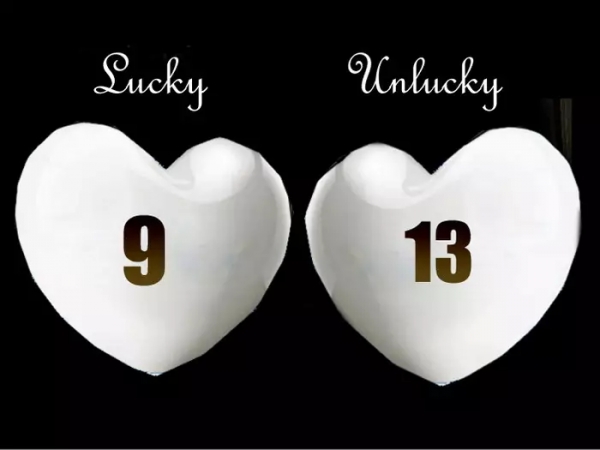 Similarly, it is 17th Friday which is the unluckiest day in Italian culture. Some people consider 7 as the unlucky number. Chinese people consider number 4 as unlucky as it sounds similar to death in the Chinese language. It feels annoying to know that 9 for Japanese people and 39 for Afghans are unlucky, while 666 is unlucky according to the Bible!!

People also have a lucky number and lucky double or triple digit concept. We can observe this when people yearn for lucky numbers mostly in case of having vehicle registration numbers and phone numbers. Nine is considered as a lucky number in most parts of the world, while 2, 6 and 8 are also there in this list. But don’t ask me how lucky they got after having those so-called “Lucky” numbers!!