A Bipolar Junction Transistor (BJT) is a three terminal circuit or device that amplifies flow of current. It is solid state device that flows current in two terminals, i.e., collector and emitter and controlled by third device known as terminal or base terminal. Unlike a normal p-n junction diode, this transistor has two p-n junctions. The basic symbols of BJT are n-type and p-type. Electronic current is conducted by both free electrons and holes in bipolar junction transistor.

There are three terminals in bipolar junction transistors are explained below. 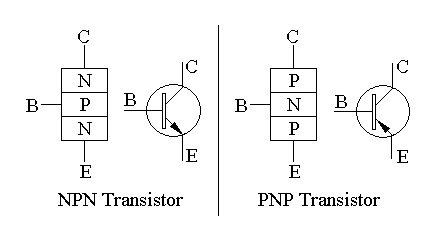 In this mode, both junctions are reversed biased so no current flows through the device. Hence, transistor is in off mode and acts like open switch. This mode is used for switch OFF application.

In this mode, both junctions are forward biased so current flows through the device. Hence, transistor is in on mode and acts like closed switch. This mode is used for switch ON application.

In this mode, one junction (emitter to base) is forward biased and another junction (collector to base) is reverse biased. This mode is used for amplification of current.

These are advantages of bipolar junction transistors:

Bipolar junction transistors are mainly used in switching and amplification. Applications of BJT include: