Before studying fashion and beginning a career as a designer, McQueen had experience as a tailor. Isabella Blow became his patron after noticing his MA graduation collection. McQueen's early creations, including the "bumster" trousers, helped establish him as an enfant terrible of British fashion. In addition to the 2003 International Designer of the Year award from the CFDA, his accomplishments in the fashion industry garnered him four British Designer of the Year accolades (1996, 1997, 2001, and 2003). In addition to this, McQueen established his own label in 1992 namely “Alexander McQueen fashion.” 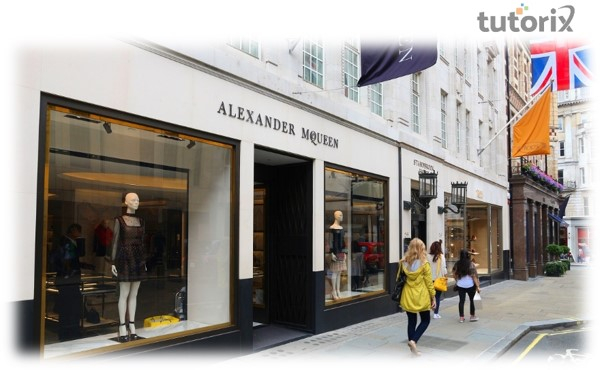 Ronald and Joyce McQueen welcomed their youngest child, Alexander, into the world on March 17, 1969, at University Hospital Lewisham in Lewisham, London. His mother was a social science teacher, while his father was a taxi driver from Scotland. According to rumors, Johnny grew up in a council apartment, although the McQueens actually moved to a terraced house in Stratford during his first year. Prior to attending Rokeby School, McQueen attended Carpenters Road Primary School.

From a young age, he was fascinated with clothing. McQueen, the youngest of six children, started experimenting with design by creating outfits for his three sisters. His first memory of fashion dates back to the age of three, when he painted a dress on the wall of his East London home. In his later professional life, he frequently employed birds as themes in his works because he was also enamored of them and was a member of the Young Ornithologists' Club.

While McQueen established his own label in 1992, and while Blow's home in Belgravia underwent refurbishment, he temporarily resided in the basement. He moved to Hoxton Square to establish his studio there in 1993, joining other emerging designers there like Hussein Chalayan and Pauric Sweeney. His first collection following graduation, the Martin Scorsese film-inspired Taxi Driver line, was shown on a clothes rack in a cramped Ritz Hotel room as part of a British Fashion Council event for emerging designers without runway shows.

Furthermore, he was appointed head designer at Givenchy, and then, in 1999, he joined forces with Gucci. His brand was expanded to include trainers, perfume, and fashion items, and several of his boutiques were opened in cities all over the world. McQueen was famed for his superbly-tailored clothing as well as his creative and occasionally contentious designs, and his catwalk displays were renowned for their drama and theatricality. The skull scarf and the armadillo shoes are two of his most well-known creations. Shortly after his mother passed away in 2010, McQueen committed suicide at the age of 40 in his Mayfair, London, residence.

He described the "bumsters" in this collection, but no photos of them were ever taken because all of the clothing was taken after the presentation. McQueen used his hair as a label for his early clothing lines, sewing perspex locks onto the garments.

The Spring/Summer 1994 Nihilism collection was shown at McQueen's 1993 debut runway presentation, which took place at Chelsea's Bluebird Garage. He gained the nicknames "L'Enfant terrible" and "the hooligan of English fashion" for his early runway presentations, which were known for their controversy and shock tactics. Journalist Marion Hume of the Independent called McQueen's Nihilism collection a "horror show" and a "theatre of cruelty," with some models sporting see-through clothing and shockingly low-cut bumster pants that made them appear beaten and battered.

The Banshee collection debuted in McQueen's second runway presentation. Soon after this collection was created, while attempting to "blag her way in" to a "high-profile fashion event" outside, McQueen encountered Katy England, who would soon become his "right-hand lady." She immediately accepted his invitation to work with him as his "creative director" on his next collection, The Birds; after that, she continued to collaborate with him as his "second opinion." The Birds, an event at Kings Cross with the same name as Alfred Hitchcock's 1963 film, features a roadkill motif, with tire-stained clothing and the corset maker, Mr. Pearl, wearing an 18-inch waist corset.

One of McQueen's achievements was being one of the youngest fashion designers to win "British Designer of the Year," a title he won four times between 1996 and 2003. He was also given the CBE and was named International Designer of the Year by the Council of Fashion Designers in 2003.

Musicians like David Bowie and Björk have utilized McQueen's creations on record covers and tours for their concerts. In the music videos of Björk, Hamasaki, and Lady Gaga, pieces created by Alexander McQueen have been included. In her music video for "Bad Romance," Lady Gaga wore several of his inventions for Plato's Atlantis line, including one of his most famous designs: the armadillo shoes.

McQueen, who was openly gay, claimed only at the early stage of his life, he became aware of his sexual orientation. When he was 18 years old, he came out to his family, and after a hard start, they embraced him. He said, "I came out at a very young age." I had complete confidence in my sexuality and I had nothing to conceal. I immediately left my mother's womb and entered the gay parade. He told this family that his brother-in-law had molested him when he was younger and later in life.

Passing Away and Memorializing

Announcing his mother's passing the day before on his Twitter feed, McQueen added: "RIP mumxxxxxxxxxxxxxxxxxxxxxxxxxxx." on February 3, 2010. Four days later, he wrote that despite having had a "terrible week," his friends had been wonderful, and that "now I have to somehow put myself together."

McQueen was discovered hanging at his Green Street, London W1 home by his staff early on February 11, 2010. He was pronounced dead on the spot after the call for paramedics. 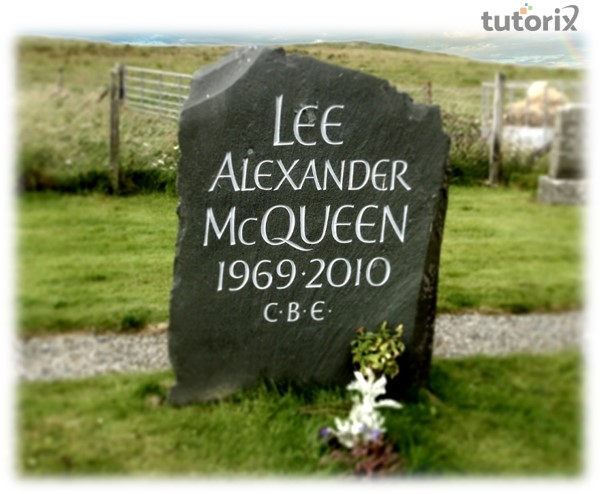 At the 2010 Brit Awards, pop singer and Lady Gaga's pal gave an acoustic jazz rendition of her popular song "Telephone" before switching to "Dance in the Dark." Gaga dedicated a song to McQueen as part of her tribute to him during the performance. After receiving her honors for Best International Artist, Best International Female, and Best International Album, she also paid tribute to McQueen. In the special version of her third album, Born This Way, Gaga included a song called "Fashion of His Love" as a dedication to him.

Alexander McQueen, who was born in London, England, on March 17, 1969, was known for his ground-breaking clothing, disturbing catwalk presentations, and impeccable craftsmanship. His death was pretty tragic, as and was discovered dead on February 11, 2010 at his Green Street, London W1 home.