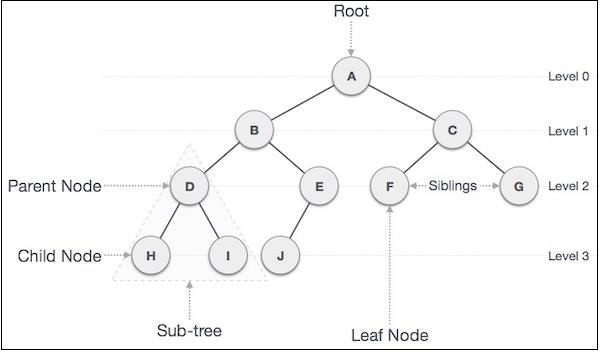 Following are the important terms with respect to the tree.