Personal coaching on wellness helped reduce the expenses on coronary heart diseases to an extent of $800,000 for Delnor Community Hospital, when just 40% of its employees participated in a Stress Management Program. This proves that a fit regime combined with proper diet can take people towards perfect health. However, even after such success stories, there is still no clear benchmark set by organizations on the percentage of employees they should get included in such programs. It is also believed that personal coaching yielded good results against, obesity, diabetes and other chronic diseases through encouragement for regular exercise. 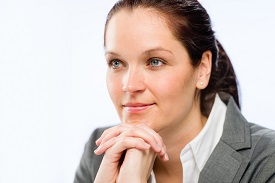 John Harris, Principal of Harris Health Trends, wrote that the percentage of participation of employees from any organization should be typically between 50-60%. He also suggests that the participation percentage will vary depending on the specific workforce population. For example, a company with 25% smokers will not attract a 50% participation for Smoking Cessation Programs.

According to Michael Carter, Vice President of the Hay Group − a global Human Resources consulting firm − the incentives work in some sectors and in other sectors, they just don’t. For example, one will be able to identify about 20 percent people of any workplace who are already considered hardworking. This sector doesn’t need any incentives.

And then, there’s the other group of people for whom incentives don’t matter. They don’t participate under any encouragement. These people, along with the ones who are hardworking anyways, needn’t be given any incentives. The rest of the workplace has employees for whom incentives matter. This is the best way to make them work hard.

As there are many workforce sectors, the incentives should be tailor made according to the preference of the workers. A lot of employers in the workplace at the moment are experimenting with both incentives and disincentives. In such scenarios, awareness T-shirts, charity walks, and personal days-off are considered as rewards by different groups, whereas the higher costs and fees are types of penalties.

Personal health coaching is regarded as the best reward. The study by John Harris of Health Trend shows that 93 percent people enroll in to programs that reward its employees with free personal health care coach. As per Health Trend’s observation, “people try harder and do better when they’re ‘playing’ for a coach. You don’t want to let your coach down.”