Why are Hindu saints buried and not cremated?

According to the Ancient Hindu tradition, there are four phases of human life, also called as Ashramas. They are Brahmacharyam (bachelor student), Grihastha (After marriage with family), Vaanaprastham ( Retirement after completing his household responsibilities), and Sanyasam in the later part of their life. There is no rule that a person has to follow through this cycle to attain Sanyasa. Great souls who renounce worldly pleasures can attain Sanyasa in brahmacharya phase itself to dedicate the rest of their lives towards spiritual advancement. 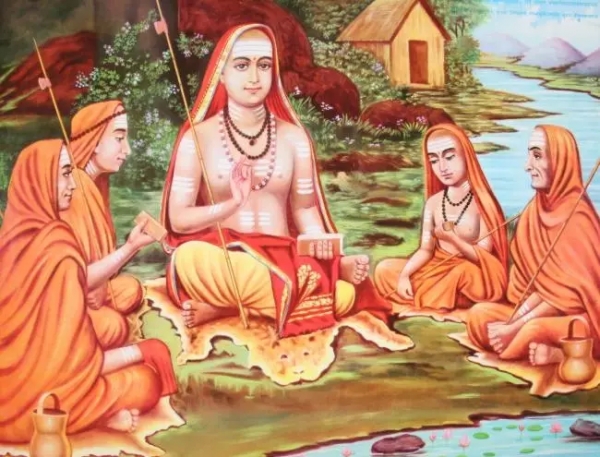 The greatest example of true Sanyasi is Jagadguru Adi Sankaracharya, who attained sanyasa at the age of 8 years.

There are some duties and responsibilities for leading a life of Sanyasi. They will attain Sanyasa when they are detached from all worldly pleasures and they have to live a simple life and typically detached from all relational and emotional attachments. After his death i.e., the sanyasi leaves this physical body, he is believed to attain immortality through kapala moksha ( prana coming out of brahmarandhra). Their mortal remains are buried in the soil.

Why are Sanyasis buried

It is Hindu tradition to cremate their dead to release the soul of the deceased. It is believed that the Agni sanskara, will help the departed soul to relinquish attachments and lose moha on this physical body without hovering and continue his upward journey towards heaven. The rituals performed during the cremation and afterward help the soul to severe ties with earthly life.

According to Hinduism a Sanyasi has already relinquished all his earthly ties and lost moha on this physical body. So he need not be cremated to achieve the moksha. After the burial, a Brindavan (Tulasi plant) is grown over the site.