Today, the time has been changed with the touch of automation technology which is developing enormously every now and then. Each new era of automobile is getting furnished with more mechanized components and crash averting technology. They are getting integrated with advanced options, such as blind-spot observing, forward-crash warnings, lane-departure warnings etc. Another such feature is auto-driving mode. 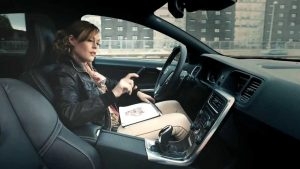 Commonly, many have some misconception between ‘autonomous or automated driving’ and ‘self driving’. These terms are fundamentally different from each other. When it comes to the construction of auto-driving mode activated cars, they are similar to normal ones and can ready to assume control of a human driver in specific conditions.

However, they can be overridden by a human driver quite easily. On the other hand, a self-driving car doesn’t require a steering wheel or pedals and doesn’t require a driver even, just it requires you to enter the destination and it will take care of the rest.

The concept of the auto-driving method in a car

What exactly automated car systems have inside them? Let us explain! An automated driving system is exactly a method, which combines different mechanisms that can be characterized as frameworks where the operation of the automobile is executed by electronics and machinery rather than a human driver. 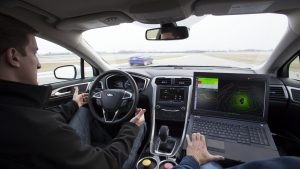 This system incorporates managing of the vehicle, destination, also understanding of the environment. It lets human operators to outsource all driving tasks to itself. The concept of automated driving technology is being explored as to assist driving only under certain condition.

The application is useful on motorways, in certainly developed regions or in view of different parameters. But, it requires the keen attention of the driver to influence the execution of autonomous driving systems. In some cases, the driver just inputs a destination point in the navigation system. At the point, when the system is prepared to take control, it illuminates both shift paddles; pull both at the same time, and you’re ready to go.

These automated cars have also the features to show how much time is left to reach at the desired destination and furthermore, the car will keep on demonstrating the animation of ongoing traffic activity continuously. It indicates about upcoming signals and enables the driver to take advance control through the paddles. 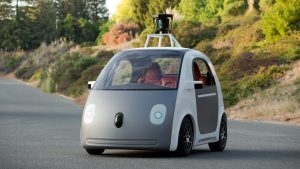 On the off chance that the framework experiences an issue during a journey and needs to hand control back to the driver, it sends the driver a concise caution signal to retake control. If the driver will fail to control, the car will automatically come to the halt.

Advantages of an auto-driving mode in cars:

Transportation safety is the major advantage that can be achieved, whereas, human errors are accountable for unpredictable accidents during auto-mode. Also, it can be said that a driver can have a less headache on the journey without worrying about what is happening around him. 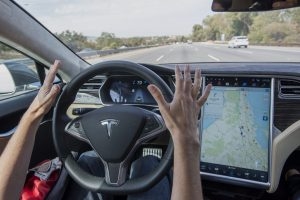 Aside from, it incorporates higher speed limits, smoother rides, and expanded roadway limit, and minimized traffic congestion. Generally, some mistakes may be caused due to human faults such as delayed reaction time, rubbernecking, diverted or forceful driving etc. However, these can be avoided by the auto driving mode.

More Savings Due to Automation

The automated driving system can lessen the labor expenses. It alleviates voyagers from driving and also contributes towards route errands, thus replace the necessity of hiring more skillful driver. According to some thinkers, it could likewise contribute, alongside computerized mass travel, to make dense city areas considerably more productive and reasonable. The vehicles’ expanded awareness could diminish car theft. The car can be designed in such a manner that it would give the interior of the cabin more prominent ergonomic adaptability.

Success in the Technology

Today, this kind of automated system or semi-automated system is widely developed due to its cutting edge technology and it clearly shows its success in most critical scenarios of road settings. This is because in this type of road settings there are lesser amounts of traffic and lesser differentiation between driving capacities. If we consider the challenges, it is the inner-city traffic, where a greater extensive variety of street users must be measured from all directions.

In general, the automated driving system is equipped with some advanced automated operating technologies. It helps in maintaining a inner peace by eliminating all the accidents caused by human errors but, an auto driving mode has such specific conditions as well. It is of course specially designed with automated driving capability, however, not for all conditions experienced over the span of typical operation. 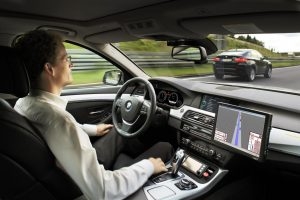 So, here is the requirement of a human driver in these systems to start the automated driving system. Despite the fact that the driver might be ready and prepared to make a move at any minute, they are still giving up the capacity to the automation system. The automated vehicle operator is not practically required all the time to keenly monitor the vehicle’s execution, but the operator should in activated mode and prepared to resume driving within few seconds, as the system has constrained states of mechanization.

The auto driving mode may forestall constant human input under certain circumstances, but not in all the time. Along with that, the operator can continue the driving at any time by keeping the auto driving mode on hold. Human driver is only required to fix the destination and start of the system. The automatic system can drive to any area where it is legitimate to drive and settle on its own choices. But in case of the malfunctioning of automated system or any internal hardware issue, the driver needs to identify the objects and events by himself.

An automated Driving System has been classified on six distinct levels. This classification depends on the measure of driver’s involvement and attentiveness, as opposed to the vehicle abilities, irrespective of the fact that these are firmly related. The automated system may incorporate components, for example, Adaptive Cruise Control, Parking Assistance with automated directing, and Lane Keeping Assistance. The computerized system executes accelerating, braking, and steering.

But, some questions do arise when a driver is required to control the car in some emergency case such as, will the drivers be able to control the auto driving mode cars always? What exactly is the training that each driver must have to securely manage the automated car? 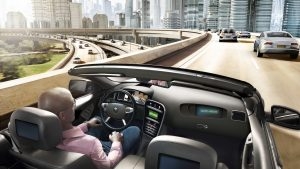 Many also do questions on the level of trust that technology bears with it. As this is just a technology, it is hardly easy for someone to worth risking his life on road with it.

Answering this, the makers said, the driver should have the capability to take split-second decisions and they should be exceptionally prepared on how to communicate with the automated system.

Multiple big companies are working on this technology, including Google, Tesla, Uber, etc. Besides, other automobile giants like Daimler (Mercedes-Benz), Ford, Volkswagen, Volvo and Toyota are trying their own concerted efforts. This technology will help resolving many prolonged issues like congested driving conditions assist and full-range automated journey control.

However, making and producing these automated cars are not easy as it requires a perfect resonance between technology and sensors. On the off chance that such system would be outlined, the human operator can sensibly redirect consideration far from the execution of the vehicle while the automation system is locked in.

Apart from that, a Next Gen car is Modern self-driving cars. They, for the most parts, utilize the Bayesian Simultaneous localization and mapping (SLAM) algorithms, roadside RTLS beacon systems to help localization, typical sensors incorporate lidar and stereo vision, GPS and IMU, etc., for cutting-edge operation.