What is the story of Saeed Jaffery the late actor, and Madhur Jaffery?

Recently, I came across an article written on the website of a famous newspaper The Indian Express, where it was stated that a Facebook page, by the name “The Monk Who Sold His Ferrari” has posted a diary entry by the veteran actor Saeed Jaffrey. It was mentioned that Saeed Jaffrey had parted with his first wife Mehrunima in 1965. Mehrunima changed her name to Madhur Jaffrey after getting separated from him. She touched new levels of fame after writing more than a dozen cookbooks on Indian cuisine for the world citizens.

Saeed Jaffrey had a daughter and a son with Madhur Jaffrey whom he divorced for his second wife Jennifer. But this veteran actor has won the hearts with his heart-wrenching regret. This came out, a few years after he left this world.

According to his diary, Saeed Jaffrey at 19, married Mehrunima who was then 17-year-old. Fascinated by the western culture and their etiquette, he has changed a lot and expected the same from her. When she was still the same obedient wife and a good homemaker being the mother of a daughter and a son, Saeed lost interest in her. Saeed’s constant admonishments made the cheerful young lady into an insecure woman.

Meanwhile, Saeed Jaffrey’s co-actor Jennifer attracted his attention and she was the same lady as he expected Mehrunima to be. Feeling self-concerned, he divorced his first wife breaking 10 years of their marital relationship and married Jennifer. But in a short time, he realized that it was the biggest blunder of his life. He could not get the love, care, and affection shown by Mehrunima from Jennifer. His second wife, who was so much self-concerned failed to replace the position of his first wife. 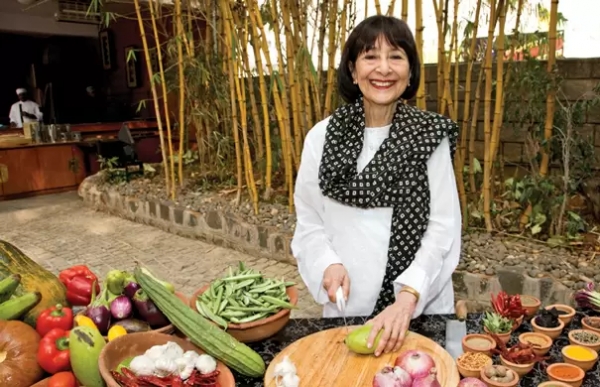 Mentioning all this, Saeed Jaffrey regretted his decision of leaving his first wife, who has showered unlimited love and affection towards him.