What is the process of compilation and linking in python?

Compilation − The source code in python is saved as a .py file which is then compiled into a format known as byte code, byte code is then converted to machine code. After the compilation, the code is stored in .pyc files and is regenerated when the source is updated. This process is known as compilation. 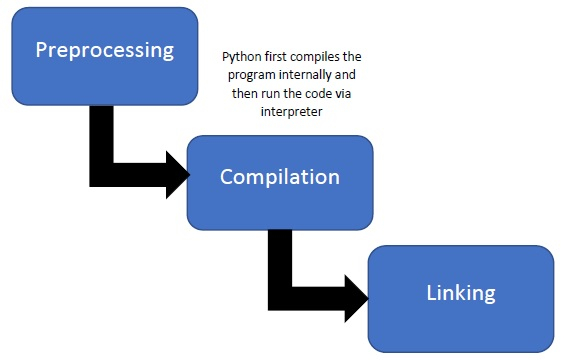 Note − Python programs are both compiled as well as interpreted, but the compilation part is hidden from the programmer. Therefore, we generally say, Python is an interpreted language for the same reason.

Let’s see an example. For our example, we will use the dis module in Python.

Install and Import the dis module

To install the dis module, use the pip −

To import the dis module −

Let us now see an example