What is the difference between assonance and consonance?

All assonance, consonance and even the literary device of alliteration are related to one another. They are used to denote the idea of repetition. Let us look at the definitions of assonance and consonance for a better understanding.

Consonance is defined as the repetitive sounds produced by consonants within a sentence or phrase. It has an emphasis on the final consonant letters or sound. This repetition often takes place in quick successions, such as in “dapple dawn drawn " in Gerald Manley Hopkins famous curtailed sonnet named as "Pied Beauty". But if consonance is related to repetition in terms of consonants, assonance is linked with vowel sounds somehow. 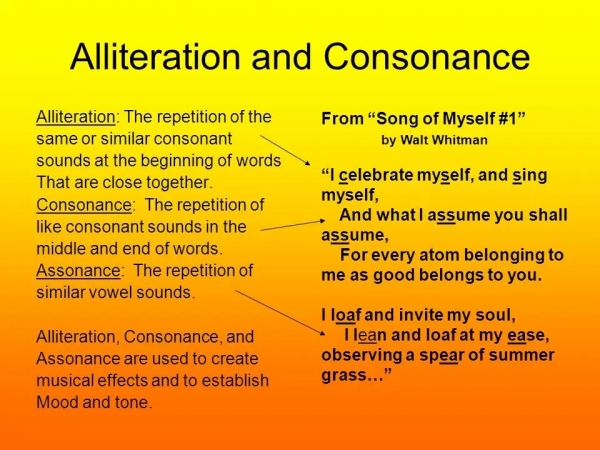 Assonance is defined as the repetition of similar vowel sounds in neighboring words. For example- try to light the fire. In this example, if we convert the orthographic words to a phonemic transcription, we will find that certain sounds are similar. That means 'i' sound in try, light, fire. This is an example of assonance. 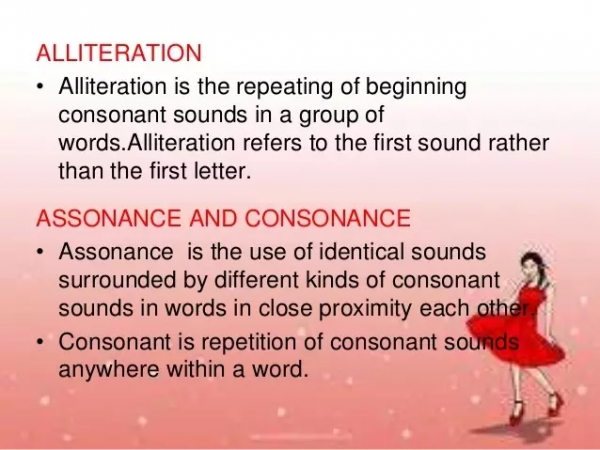 So basically, both of these are used to give emphasis to one's reading and writing. These alliterative devices make the reading more profound and the knowledge of word stress more prominent. It must be noted that these account for harmony in one's course of work. So, assonance and consonance come under the category of accord while dissonance comes under the category of discord.