What is SciPy and why should we use it?

SciPy, pronounced as “Sigh Pie”, is an ecosystem of Python open-source libraries for performing Mathematical, Scientific, and Engineering computations. SciPy stands for Scientific Python and is comprised of the following core packages, called SciPy ecosystem −

Apart from SciPy ecosystem, there are other related but distinct entities SciPy refers to −

One of the key reasons to use SciPy is that it has optimized the frequently used functions in Data Science. Other reasons include − 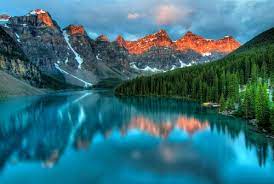