LALR Parser is Look Ahead LR Parser. It is intermediate in power between SLR and CLR parser. It is the compaction of CLR Parser, and hence tables obtained in this will be smaller than CLR Parsing Table.

∴ these states can be merged to give 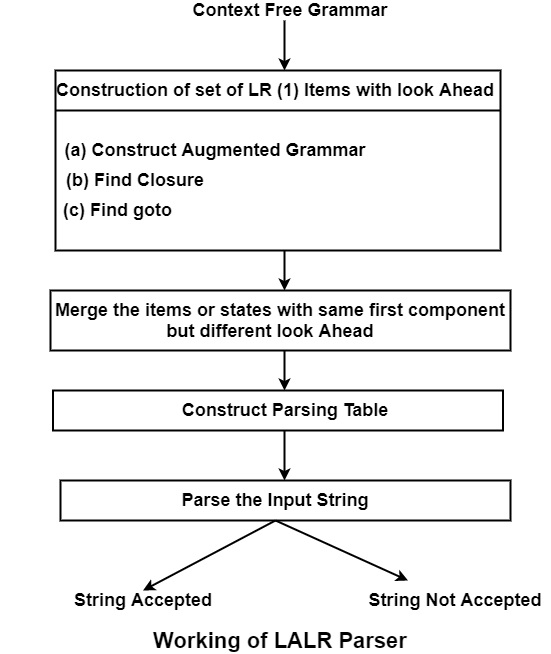 LALR Grammar − A grammar where the LALR parsing table has no multiply represented entries are said to be LALR (1) or LALR grammar.