What is Block Structure?

A block is a statement containing its own local data declaration. The concept of a block is originated with ALGOL. The block-structured language permits an array with adjustable length. The main feature of blocks is their bracketing structure (begin and end used in ALGOL) in which they can define their data. In 'C' language, the syntax of the block is −

where the braces limit the block. The characteristic of a block is its nesting structure. Delimiters mark the starting and end of the block. In 'C' language, the braces { } act as delimiters, while ALGOL uses begin and end. Delimiter ensures that the block is independent of one another or is nested inside the other. The nesting property is sometimes referred to as a block structure. 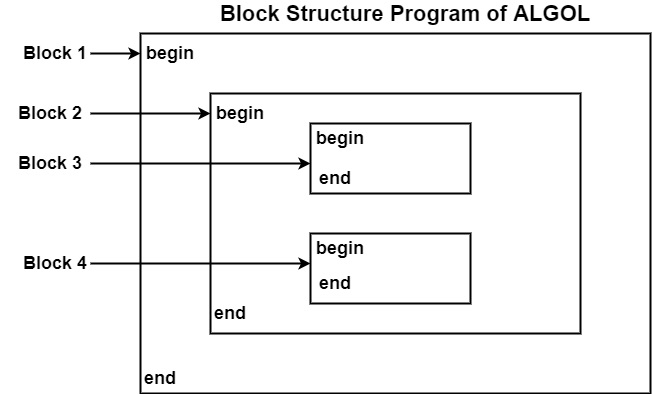 The most closely nested rule gives the scope of declaration − 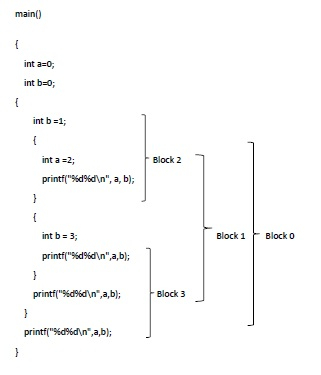