What is a Queue Automaton?

A queue automaton is like a push-down automaton (PDA) except that the stack is replaced by a queue.

A deterministic queue automaton (DQA) is defined as a seven tuple

For the given language the number of states present in the automata are 4,

The queue automata is as follows − 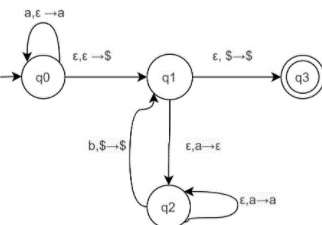