Elementary Data Link protocols are classified into three categories, as given below −

Let us discuss each protocol one by one.

Data transmitting is carried out in one direction only. The transmission (Tx) and receiving (Rx) are always ready and the processing time can be ignored. In this protocol, infinite buffer space is available, and no errors are occurring that is no damage frames and no lost frames.

The Unrestricted Simplex Protocol is diagrammatically represented as follows − 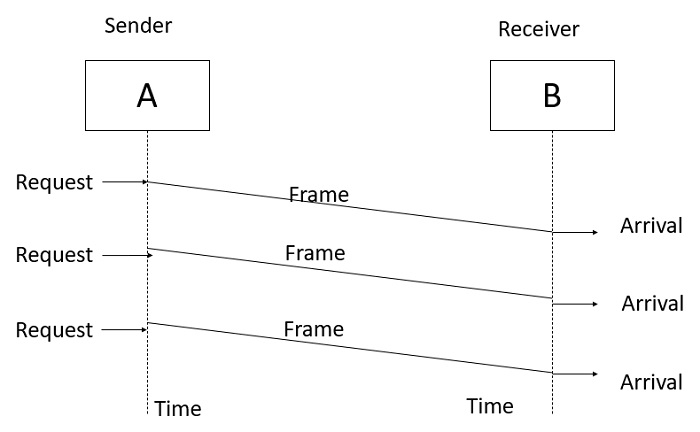 The main problem here is how to prevent the sender from flooding the receiver. The general solution for this problem is to have the receiver send some sort of feedback to sender, the process is as follows −

Step1 − The receiver send the acknowledgement frame back to the sender telling the sender that the last received frame has been processed and passed to the host.

Step 2 − Permission to send the next frame is granted.

Step 3 − The sender after sending the sent frame has to wait for an acknowledge frame from the receiver before sending another frame.

The Simplex Stop and Wait Protocol is diagrammatically represented as follows − 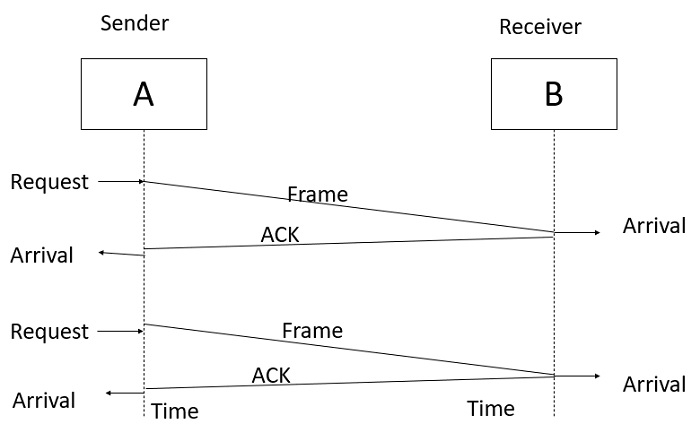 Data transfer is only in one direction, consider separate sender and receiver, finite processing capacity and speed at the receiver, since it is a noisy channel, errors in data frames or acknowledgement frames are expected. Every frame has a unique sequence number.

The Simplex Protocol for Noisy Channel is diagrammatically represented as follows −