The Open System Interconnections (OSI) model is a layered networking framework that conceptualizes how communications should be done between heterogeneous systems.Its three lower OSI layers are called the network support layers. The data link layer is the second lowest layer.

The following diagram depicts the position of the data link layer where a transmission is done from a sending machine to a receiving machine. 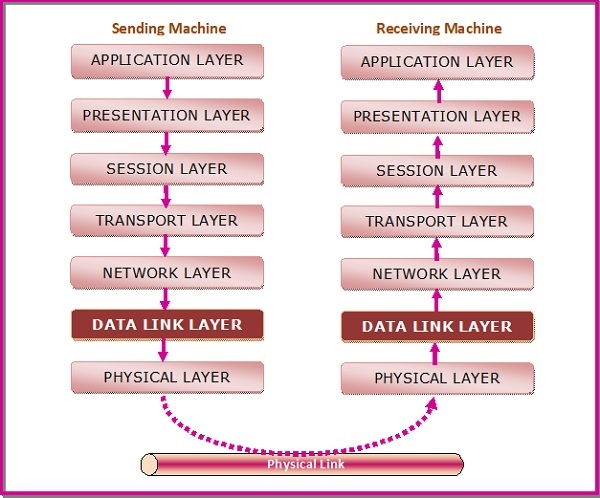