A few years back, Java applications – as a combination of applets and JOGL – were used to process 3D graphics on the Web by addressing the GPU (Graphical Processing Unit). As applets require a JVM to run, it became difficult to rely on Java applets. A few years later, people stopped using Java applets.

The Stage3D APIs provided by Adobe (Flash, AIR) offered GPU hardware accelerated architecture. Using these technologies, programmers could develop applications with 2D and 3D capabilities on web browsers as well as on IOS and Android platforms. Since Flash was a proprietary software, it was not used as web standard.

In March 2011, WebGL was released. It is an openware that can run without a JVM. It is completely controlled by the web browser.

The new release of HTML 5 has several features to support 3D graphics such as 2D Canvas, WebGL, SVG, 3D CSS transforms, and SMIL. In this tutorial, we will be covering the basics of WebGL.

OpenGL (Open Graphics Library) is a cross-language, cross-platform API for 2D and 3D graphics. It is a collection of commands. OpenGL4.5 is the latest version of OpenGL. The following table lists a set of technologies related to OpenGL.

Note − In WebGL, we use GLSL to write shaders.

WebGL (Web Graphics Library) is the new standard for 3D graphics on the Web, It is designed for the purpose of rendering 2D graphics and interactive 3D graphics. It is derived from OpenGL's ES 2.0 library which is a low-level 3D API for phones and other mobile devices. WebGL provides similar functionality of ES 2.0 (Embedded Systems) and performs well on modern 3D graphics hardware.

It is a JavaScript API that can be used with HTML5. WebGL code is written within the <canvas> tag of HTML5. It is a specification that allows Internet browsers access to Graphic Processing Units (GPUs) on those computers where they were used.

Rendering is the process of generating an image from a model using computer programs. In graphics, a virtual scene is described using information like geometry, viewpoint, texture, lighting, and shading, which is passed through a render program. The output of this render program will be a digital image.

There are two types of rendering −

WebGL follows a client-based rendering approach to render 3D scenes. All the processing required to obtain an image is performed locally using the client's graphics hardware.

According to NVIDIA, a GPU is "a single chip processor with integrated transform, lighting, triangle setup/clipping, and rendering engines capable of processing a minimum of 10 million polygons per second." Unlike multi-core processors with a few cores optimized for sequential processing, a GPU consists of thousands of smaller cores that process parallel workloads efficiently. Therefore, the GPU accelerates the creation of images in a frame buffer (a portion of ram which contains a complete frame data) intended for output to a display. 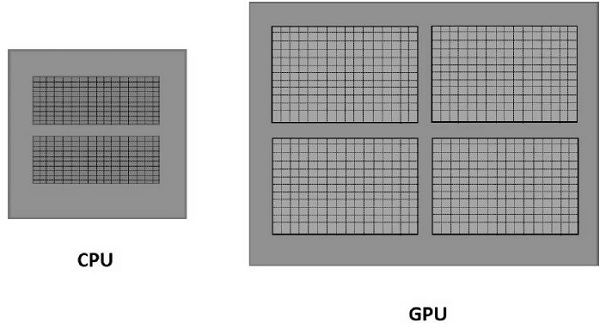 In GPU accelerated computing, the application is loaded into the CPU. Whenever it encounters a compute-intensive portion of the code, then that portion of code will be loaded and run on the GPU. It gives the system the ability to process graphics in an efficient way. 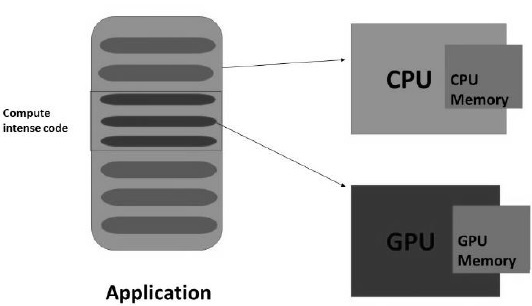 GPU will have a separate memory and it runs multiple copies of a small portion of the code at a time. The GPU processes all the data which is in its local memory, not the central memory. Therefore, the data that is needed to be processed by the GPU should be loaded/copied to the GPU memory and then be processed.

In the systems having the above architecture, the communication overhead between the CPU and GPU should be reduced to achieve faster processing of 3D programs. For this, we have to copy all the data and keep it on the GPU, instead of communicating with the GPU repeatedly.

The following tables show a list of browsers that support WebGL −

Here are the advantages of using WebGL −

There is no need to set a different environment for WebGL. The browsers supporting WebGL have their own in-built setup for WebGL.