Logic circuits are divided into two categories − (a) Combinational Circuits, and (b) Sequential Circuits.

In Combinational circuits, the output depends only on the condition of the latest inputs. 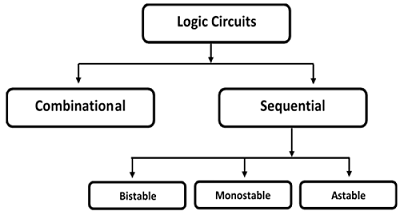 Sequential circuits are of three types −

Bistable − Bistable circuits have two stable operating points and will be in either of the states. Example − Memory cells, latches, flip-flops and registers.

SR Latch based on NOR Gate 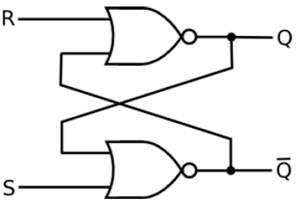 Therefore, this input combination is not allowed during normal operation. Truth table of NOR based SR Latch is given in table.

CMOS SR latch based on NOR gate is shown in the figure given below. 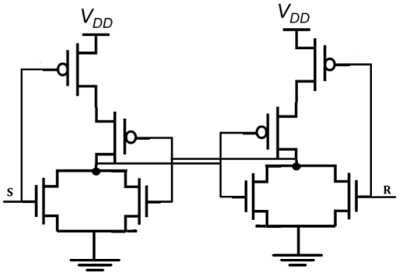 If the S is equal to VOH and the R is equal to VOL, both of the parallel-connected transistors M1 and M2 will be ON. The voltage on node $\overline{Q}$ will assume a logic-low level of VOL = 0.

SR Latch based on NAND Gate 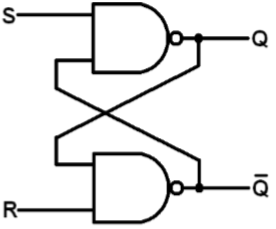 Hold state requires both S and R to be high. If S = R = 0 then output is not allowed, as it would result in an indeterminate state. CMOS SR Latch based on NAND Gate is shown in figure. 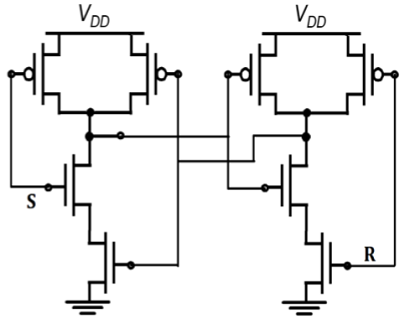 Depletion-load nMOS SR Latch based on NAND Gate is shown in figure. The operation is similar to that of CMOS NAND SR latch. The CMOS circuit implementation has low static power dissipation and high noise margin.

The figure shows a NOR-based SR latch with a clock added. The latch is responsive to inputs S and R only when CLK is high. 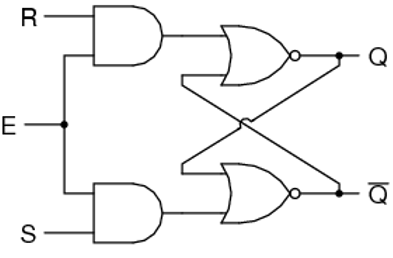 When CLK is low, the latch retains its current state. Observe that Q changes state − 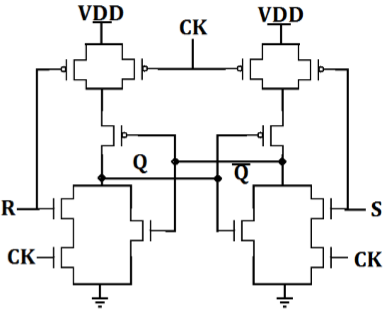 CMOS AOI implementation of clocked NOR based SR latch is shown in the figure. Note that only 12 transistors required. 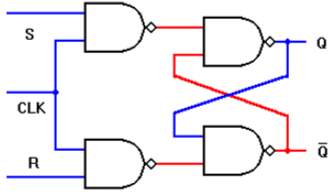 When CLK is low, the latch retains its present state. 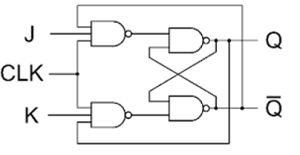 The figure above shows a clocked JK latch, based on NAND gates. The disadvantage of an SR latch is that when both S and R are high, its output state becomes indeterminant. The JK latch eliminates this problem by using feedback from output to input, such that all input states of the truth table are allowable. If J = K = 0, the latch will hold its present state.

If J = K = 1, the latch will toggle on the next positive-going clock edge

The operation of the clocked JK latch is summarized in the truth table given in table. 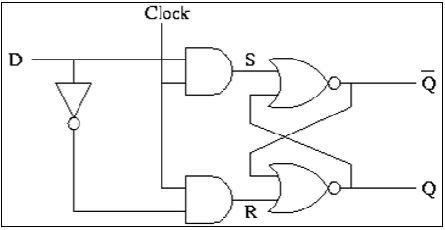 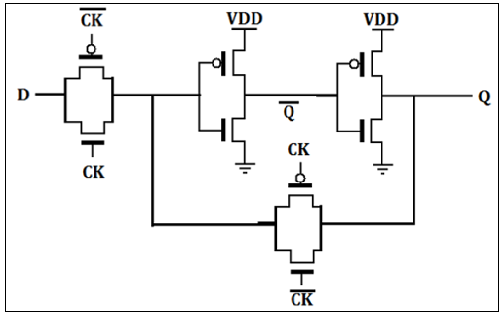