Complementary MOSFET (CMOS) technology is widely used today to form circuits in numerous and varied applications. Today’s computers, CPUs and cell phones make use of CMOS due to several key advantages. CMOS offers low power dissipation, relatively high speed, high noise margins in both states, and will operate over a wide range of source and input voltages (provided the source voltage is fixed)

For the processes we will discuss, the type of transistor available is the Metal-Oxide-Semiconductor Field Effect Transistor (MOSFET). These transistors are formed as a ‘sandwich’ consisting of a semiconductor layer, usually a slice, or wafer, from a single crystal of silicon; a layer of silicon dioxide (the oxide) and a layer of metal.

Structure of a MOSFET 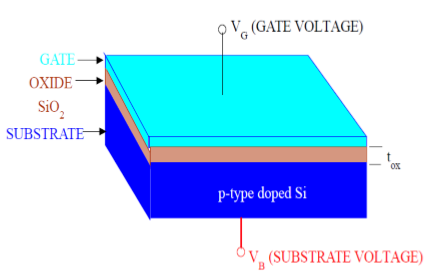 As shown in the figure, MOS structure contains three layers −

MOS structure forms a capacitor, with gate and substrate are as two plates and oxide layer as the dielectric material. The thickness of dielectric material (SiO2) is usually between 10 nm and 50 nm. Carrier concentration and distribution within the substrate can be manipulated by external voltage applied to gate and substrate terminal. Now, to understand the structure of MOS, first consider the basic electric properties of P – Type semiconductor substrate.

As shown in the figure, the band gap between conduction band and valance band is 1.1eV. Here, Fermi potential ΦF is the difference between intrinsic Fermi level (Ei) and Fermi level (EFP).

The potential difference between conduction band and free space is called electron affinity and is denoted by qx.

So, energy required for an electron to move from Fermi level to free space is called work function (qΦS) and it is given by

The following figure shows the energy band diagram of components that make up the MOS.

As shown in the above figure, insulating SiO2 layer has large energy band gap of 8eV and work function is 0.95 eV. Metal gate has work function of 4.1eV. Here, the work functions are different so it will create voltage drop across the MOS system. The figure given below shows the combined energy band diagram of MOS system.

Working of a MOSFET

MOSFET consists of a MOS capacitor with two p-n junctions placed closed to the channel region and this region is controlled by gate voltage. To make both the p-n junction reverse biased, substrate potential is kept lower than the other three terminals potential.

For different value of VDS, MOSFET can be operated in different regions as explained below.

At VDS = 0, thermal equilibrium exists in the inverted channel region and drain current ID = 0. Now if small drain voltage, VDS > 0 is applied, a drain current proportional to the VDS will start to flow from source to drain through the channel.

The channel gives a continuous path for the flow of current from source to drain. This mode of operation is called linear region. The cross sectional view of an n-channel MOSFET, operating in linear region, is shown in the figure given below.

At the Edge of Saturation Region

Now if the VDS is increased, charges in the channel and channel depth decrease at the end of drain. For VDS = VDSAT, the charges in the channel is reduces to zero, which is called pinch – off point. The cross sectional view of n-channel MOSFET operating at the edge of saturation region is shown in the figure given below.

For VDS>VDSAT, a depleted surface forms near to drain, and by increasing the drain voltage this depleted region extends to source.

This mode of operation is called Saturation region. The electrons coming from the source to the channel end, enter in the drain – depletion region and are accelerated towards the drain in high electric field.

Consider the cross sectional view of n channel MOSFET operating in the linear mode. Here, source and substrate are connected to the ground. VS = VB = 0. The gate – to – source (VGS) and drain – to – source voltage (VDS) voltage are the external parameters that control the drain current ID.

We can also assume that

The figure given below shows the spatial geometry of the surface inversion layer and indicate its dimensions. The inversion layer taper off as we move from drain to source. Now, if we consider the small region dy of channel length L then incremental resistance dR offered by this region can be expressed as −

Here, minus sign is due to the negative polarity of the inversion layer charge Q1 and μn is the surface mobility, which is constant. Now, substitute the value of Q1(y) in the dR equation −

Now voltage drop in small dy region can be given by

Put the value of dR in the above equation

To obtain the drain current ID over the whole channel region, the above equation can be integrated along the channel from y = 0 to y = L and voltages VC(y) = 0 to VC(y) = VDS, 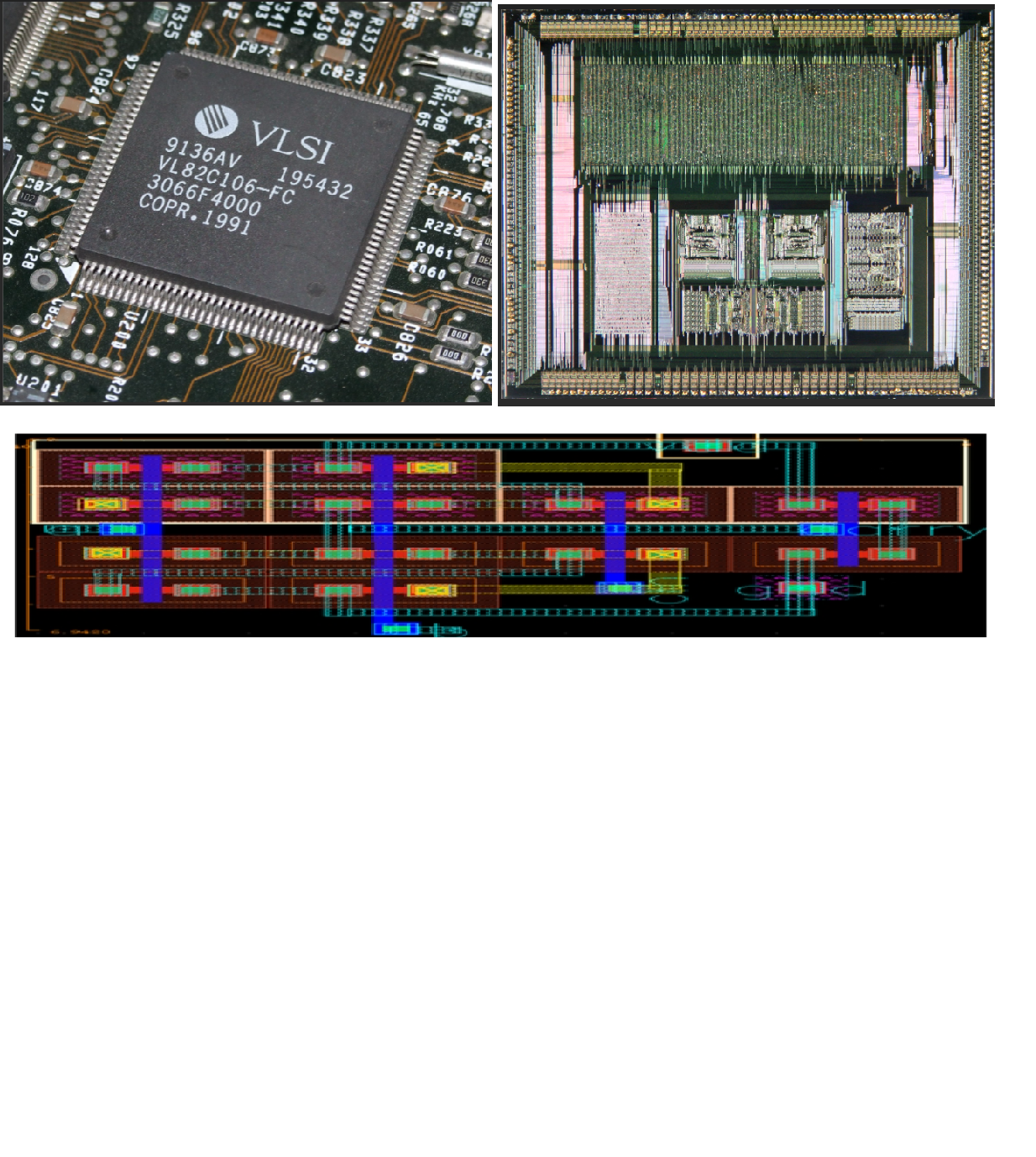