Virtualization is a technology that helps us to install different Operating Systems on a hardware. They are completely separated and independent from each other. In Wikipedia, you can find the definition as – “In computing, virtualization is a broad term that refers to the abstraction of computer resources.

Today the term virtualization is widely applied to a number of concepts, some of which are described below −

Let us now discuss each of these in detail.

It is virtualizing your server infrastructure where you do not have to use any more physical servers for different purposes. 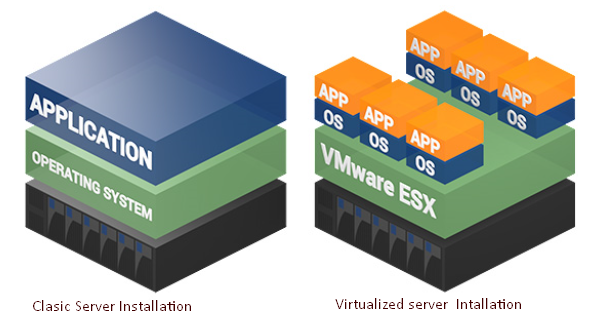 This is similar to server virtualization, but this time is on the user’s site where you virtualize their desktops. We change their desktops with thin clients and by utilizing the datacenter resources.

The virtualization technology isolates applications from the underlying operating system and from other applications, in order to increase compatibility and manageability. For example – Docker can be used for that purpose. 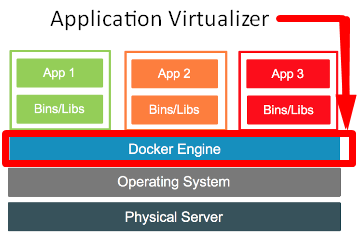 It is a part of virtualization infrastructure, which is used especially if you are going to visualize your servers. It helps you in creating multiple switching, Vlans, NAT-ing, etc. 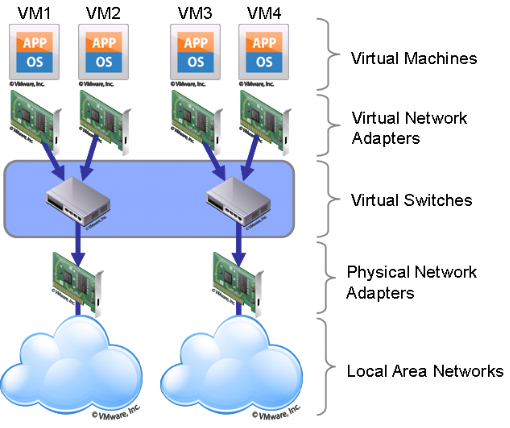 This is widely used in datacenters where you have a big storage and it helps you to create, delete, allocated storage to different hardware. This allocation is done through network connection. The leader on storage is SAN. A schematic illustration is given below − 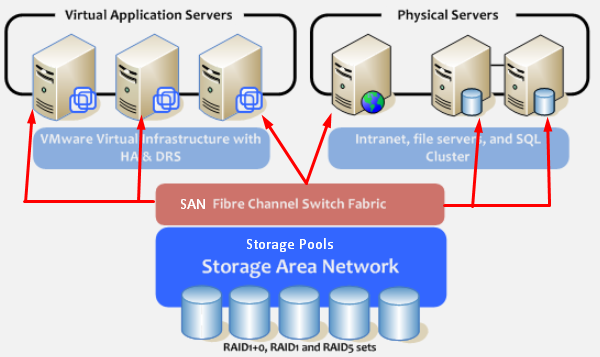 A hypervisor is a thin software layer that intercepts operating system calls to the hardware. It is also called as the Virtual Machine Monitor (VMM). It creates a virtual platform on the host computer, on top of which multiple guest operating systems are executed and monitored.

Let us now discuss both of these in detail.

Native hypervisors are software systems that run directly on the host's hardware to control the hardware and to monitor the Guest Operating Systems. The guest operating system runs on a separate level above the hypervisor. All of them have a Virtual Machine Manager.

A well-known example of a hosted hypervisor is Oracle VM VirtualBox. Others include VMWare Server and Workstation, Microsoft Virtual PC, KVM, QEMU and Parallels.

In enterprise networks, virtualization and cloud computing are often used together to build a public or private cloud infrastructure. In small businesses, each technology will be deployed separately to gain measurable benefits. In different ways, virtualization and cloud computing can help you keep your equipment spending to a minimum and get the best possible use from the equipment you already have.

As mentioned before, virtualization software allows one physical server to run several individual computing environments. In practice, it is like getting multiple servers for each physical server you buy. This technology is fundamental to cloud computing. Cloud providers have large data centers full of servers to power their cloud offerings, but they are not able to devote a single server to each customer. Thus, they virtually partition the data on the server, enabling each client to work with a separate “virtual” instance (which can be a private network, servers farm, etc.) of the same software.

Small businesses are most likely to adopt cloud computing by subscribing to a cloud-based service. The largest providers of cloud computing are Microsoft with Azure and Amazon.

The following illustration is provided by Microsoft where you can understand how utilizing extra infrastructure for your business without the need to spend extra money helps. You can have the on-premises base infrastructure, while on cloud you can have all your services, which are based on Virtualized technology. 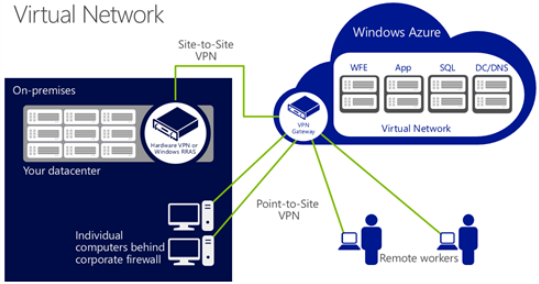