LED is the semiconductor light source that emits light only in one direction when current flows through it, unlike the ordinary fluorescent and incandescent bulbs. This is the Light Emitting Diode, which is much more effective as they have the benefits of low power consumption, better illumination, and a longer lifespan. In electronic equipment like remote controllers, ACs, Mobile phones, and cameras this LED is used. LED lighting is almost 90% more effective than ordinary CFL bulbs and unlike CFLs LED’s lifespan reduces when it provides an output of 30% light. In this modernized world, LEDs offer an excellent opportunity for lighting innovation.

The LEDs are a normal p-n junction diode made of semiconductors and various lightemitting properties. The material that has a direct band gap like Gallium Arsenide (GaAs), which is a semiconductor compound where LED is used (Xu et al. 2017). In this Gallium Arsenide, the Dopant atoms are added so that it gives out a vast range of colors. 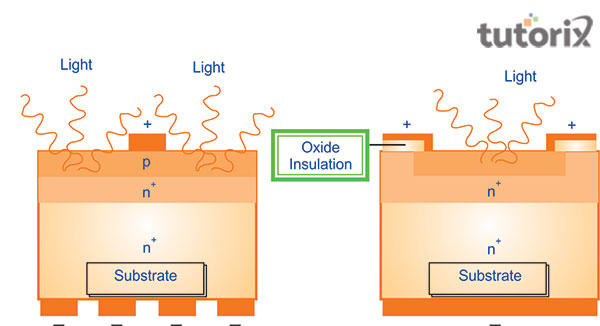 LED lighting and bulbs are structured in a way so that the light that is emitting from it emits only in 1 direction. In the case of other traditional ordinary bulbs like CFL means Compact Fluorescent and incandescent the heat and light that emits get scattered in every direction. LED are being designed more lasts longer, more efficient, and more versatile than ordinary lights. 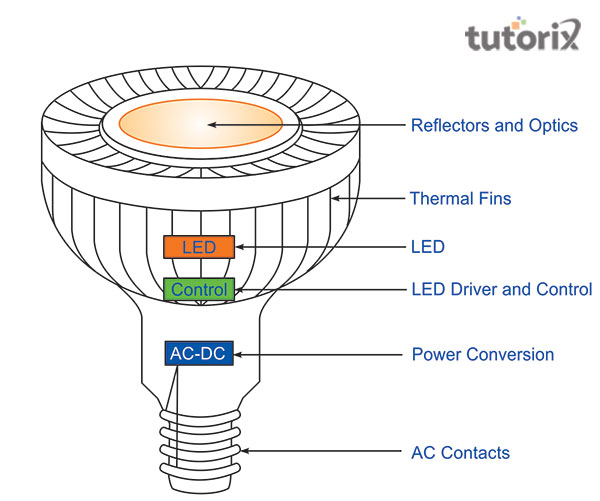 LEDs are capable of using energy and lights more efficiently in a multitude of applications. Sophisticated engineering is required in order to produce LED lighting that can illuminate lights in all directions like CFLs and incandescent (Microchip, 2022). LEDs that are made of ceramic or aluminium bodies provide proper heat dissipation and are one of the major categories of LED lighting. Edison light bulbs are designed with ceramic and aluminium bodies.

LEDs are considered to be the semiconductor sources of light that illuminate light when current passes through the diode. The current flow in LEDs is one-directional unlike traditional CFL and incandescent bulbs. The diodes in LEDs are used widely because of their efficiency and effectiveness in terms of a longer lifespan, better illumination, and low energy consumption (Hui et al. 2017). The LEDs that are utilized based on current outputs are Low-current LED, Ultra-high output LED, and Standard LED. In the case of Bi-colour LED, there are 2 light-emitting diodes in one case. Here the wiring is inversely parallel and the flow of current alternates between 2 diodes, resulting in a change of colours. 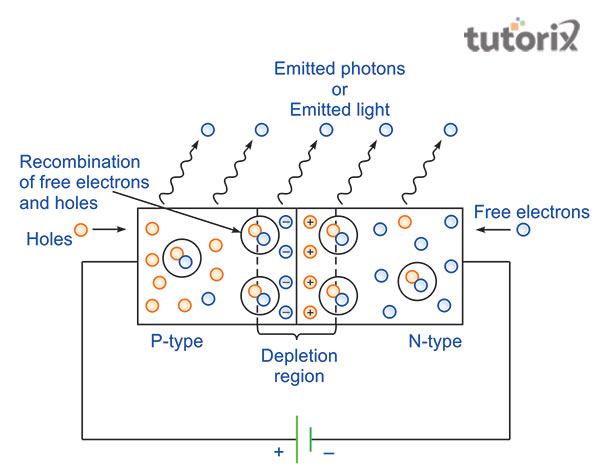 In this state, the photons and lights are radiated or emitted in every direction. In the above figure, it can be seen how light is emitting because of electron-hole pair that is combining on forward biasing. The photons emission highlights that diode of LED lies in the theory of energy band of solids. This theory states that electron-hole that get combined will either give out photons or will not depend on if the material has a direct or indirect band gap.

LED is the one directional light source, unlike CFL and incandescent which emit heat and light in every direction. In Flash LEDs there is an integrated circuit which flashes light at a specific frequency. They are connected with a power supply through a resistor series and are used in vehicles, signboards, and so on. LED lighting and LED bulbs are incorporated in various devices or equipment like Opto-isolators, remote controls, car headlamps, and calculators. They are also used as an LED indicator, and are commonly used in electronic displays like micro-LEDs, quantum dots, cameras, and OLEDs.

Q1. What is the utility of a miniature LED?

Ans. Miniature LEDs are basically used in small electronic equipment like cell phones, remote controllers, and calculators. SunLED is the NanoPoint-0201 series LED considered to be the smallest LED footprints available in the world.

Q2. What do you mean by Diode?

Ans. The electrical device that helps in the flow of current in one direction is determined as the diode. In the circuit, this diode can be identified by a triangle with a straight line across 1 vertex.

Q3. How LEDs are utilized in Lighting?

Ans. Various sizes of LEDs are incorporated into fixtures and bulbs for general lighting applications. LED lighting is different from fluorescent and incandescent. LED is more versatile, lasts long, and efficient than traditional bulbs.

Q4. What is thermal management?

Ans. The most vital factor in LED performance is thermal management over its lifetime. LED is generally operated at high temperatures where the light travels faster and makes the consumption of energy less.