A shadow is known to be originally a region of space, where there is no visibility of light because the non-transparent object is obstructing the rays of light. The intensity and position of the light source impact the features of the shadow type that is created.

A shadow is referred to as the darkest area where light from the source of light is blocked by a non-transparent material. A shadow distracts the volume of three dimensions behind any object from the light in front (Zhao et al. 2019). Shadows are created on the contrasting side of the source of light. Shadow formation relies on the intensity and position of the light source. Shadows are extremely crucial as it gives early evidence of the travelling of light in straight lines. It is demonstrated that human beings often unconsciously utilize shadows to judge the object's shape in the environment (Zolkover & Kovalenko, 2020).

It is because shadows help in revealing much regarding the extension of objects in space which is often utilised to heighten the in-depth illusion in a painting. The contrasting nature of shadow and light is crucial for appropriate image balancing.

When and how is the shadow formed?

Shadows are referred to like the spaces developed when a material blocks the light's pathway. Nevertheless, no shadows are created when the object is transparent since that permits the light to go through. 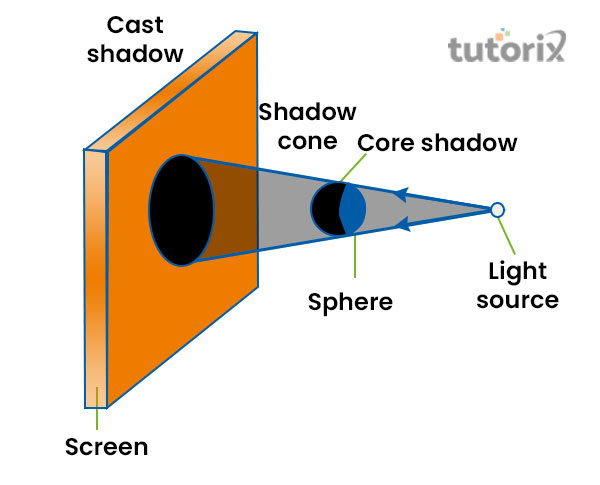 Shadow is formed under three important conditions, among which, the first one focuses on the presence of light sources. An opaque body stops the light path and the presence of a non-transparent screen develops the shadow (Hnatushenko et al. 2021).

Other than this, there must be an unclouded body to block the light pathways. Shadow formation relies on the principle of light’s rectilinear propagation.

Types and Properties of shadow formation

The shadow is dissected into three types which include “Umbra”, “Penumbra” and “antumbra”. The shadow types are divided based on extended sources of light. The two shadows are cast during an eclipse where the first one is termed Umbra. The shadow becomes smaller as it moves far away from the sun. Umbra is mentioned as the darkest centre of the shadow of the eclipse.

The second shadow during the eclipse is termed Penumbra. Penumbra becomes large when it stays away from the sun (Santo et al. 2018).

Antumbra is demonstrated as the part of the shadow of the moon that expands beyond the umbra. It is almost the same as Penumbra in that the Sun does not get fully obstructed by the moon. The sun seems to be bigger from within the antumbra in comparison to the moon which appears in complete silhouette. 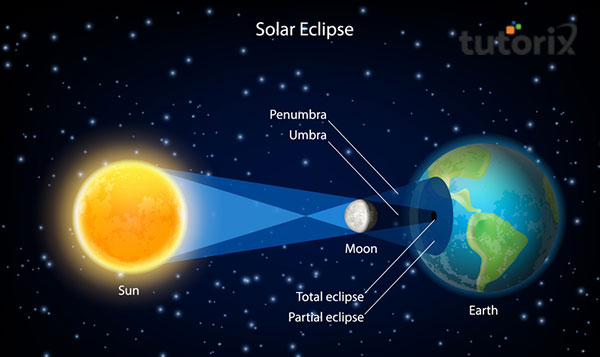 Shadows are based on three properties which are

Shadow formation by light and sun

Sun is known to be a shadow source to form. A shadow is developed when the rays of the sun are travelling in an undeviating line on the way to the earth.

The sun's rays discharge outwards and these rays of light move nearly 300,000 km per sec in a straight line to the earth. The light rays from the sun take about 8 minutes to reach human beings (Miloch et al. 2018).

It touches the ground of the path. Shadow will not form if the path for travelling of light is a non-opaque object. Shadow is developed on either side of the material when the light is not able to pass through an object. It is not demonstrated as a reflection even if the shadow is similar to the material.

There are different sources of light along with the sun including candle flames, computer screens, light bulbs and glow worms. Light appears in different forms and every source type has the probability of making a shadow in distinct scenarios. The sharpness of shadow is seen depending on the light size.

Shadows are developed due to particle movement travelling in light (Narayan, Johnson & Gammie, 2019). The light from distinct sources proceeded in a straight line just like the sun. However, light progresses at a shorter distance. Small lights develop different shadows while larger lights create a few different shadows in comparison to the small lights.

Shadow formation is visible in daily activities outside as shadow is the black structure of the object developed due to light obstruction by the object. An image is reflected on the four sides when a human is going down the road at midday on sunny days. The nature of the sources of light can be either non-pointy or pointed. Light helps to create the image by reflecting brighter whereas shadow helps in drawing a certain part of the composition of the image.

Q1. What is the cause behind the shadow transformation with the seasons?

Ans: The shadow length is impacted by the tilt of the axis of the earth. The sun is overhead in the summer when the northern hemisphere is moved towards the sun. The midday shadows are short in the winter as the hemisphere is tilted away from the sun.

Q2. What is the difference between a shadow and an image?

Ans: Shadow formation is on the surfaces while the images do not appear on a screen. It is because the image is created by a plane mirror. Images formed on plane mirrors are always similar whereas shadow size changes with the size, position and seasons.

Q3. How many kinds of sources of light exist?

Ans: Natural and artificial sources are the main light sources that exist on earth. The source of light is something that creates light.

Q4. Can a shadow be visible in the dark?

Ans: No, the shadow is not visible in black. It is because light sources require the formation of shadows.