How to Play Scootering?

There are various techniques involved in scootering. In this chapter, we will discuss these techniques in detail.

Pogo is a technique which is performed by the experienced ones. It is not for the beginners because in this method, the rider has to hold down his brakes and at the same time he has to hop on his back wheel. 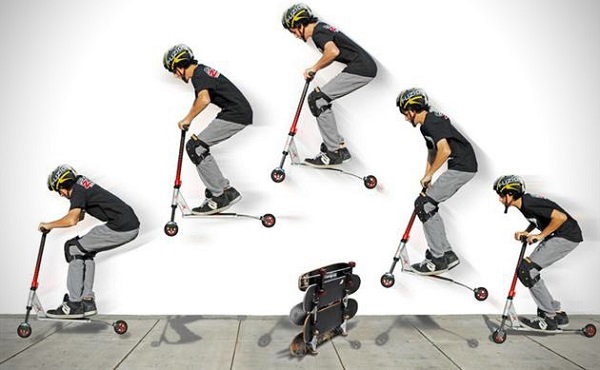 Pogo was a difficult trick but hippy jump is an easy one. Pogo can be performed by the experienced ones but beginners have to practice a lot. Hippy jump is so easy that anyone can perform this trick. The trick is that the player simply need to jump off the deck and he has to leave his wheels on the ground.

There are certain variations observed as the player can switch his stances by turning. At the same time, the rider can do different techniques like Rodeo or air walk. Rodeo is the pose where the player does styles by holding the scooter on one hand and the other hand is set free. 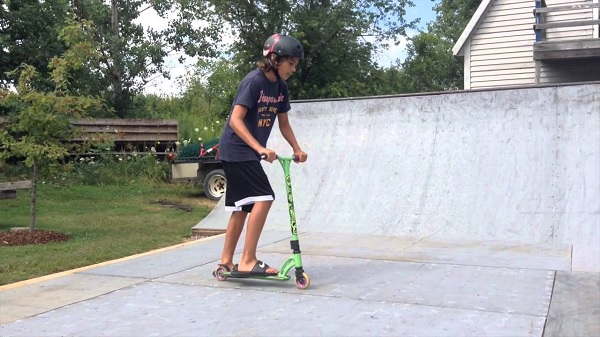 Earlier we have mentioned that hippy jump is very easy and anyone can do it but it does not mean any unprofessional player will hold the scooter and perform the trick. The rodeo or air walk needs special practice to perform.

Bunny hop is the beginner’s guide book for almost all the scooter tricks which we have discussed earlier and which we are going to discuss later. To perform this trick, the player needs to pull up on the handle bar he is having and at the same time he has to jump while his feet should be on the scooter. So at the time of performing the job, the wheels of the scooter will leave the ground. 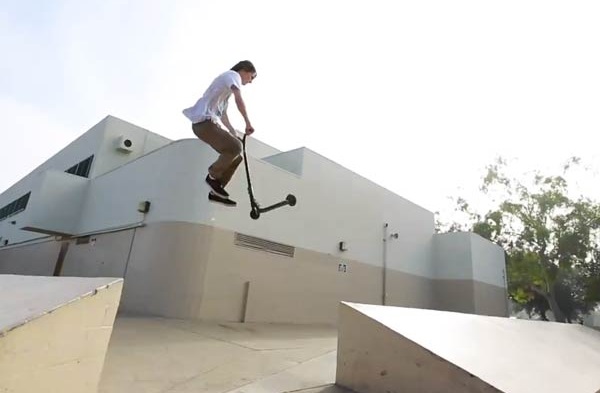 The main idea behind bunny hop is to just jump with your scooter. This is the basic process to learn because if you will not jump then how you can cross a hurdle. After performing this trick with confidence, the player can try to move onto the next higher level tricks.

Bunny hop is the beginner’s first guidance because maximum tricks are derived from this trick and X-UP is among those derived tricks which is often used. To perform the x-up trick, the player first need to perform bunny hop with full confidence and then he can twist his handlebars 90 degrees in mid-air. At last, he can straighten the handle bars before landing.

Manual trick is an easy trick in which the player just has to lean back and balance on his back wheel. Then he has to keep on riding.

In no foot technique, the player need to do Ollie. Then he has to take both of his feet off the deck. This move is similar to that of hippy jumping technique. In this trick, we can also do an air walk and rodeo.

Grind is another technique in scootering and also a very famous one. It is very simple, but it has the capacity to easily put the performer in trouble. All you need to do is Ollie and turn your deck 90 degrees and land on the rail steadily and safely. After this, the player can grind for as long as he needs, then Ollie off. 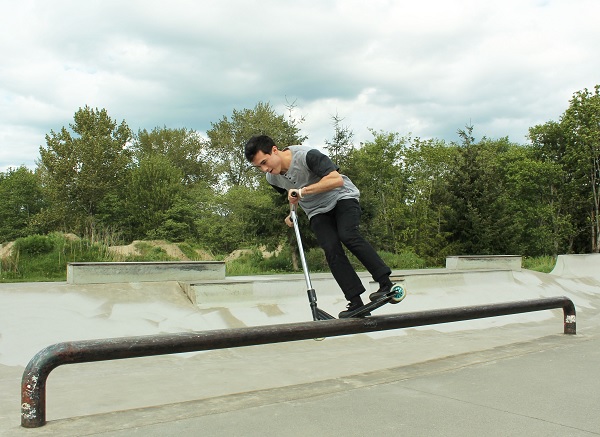 Bar spin is also a useful trick. Hard to learn but can lead to many other trick combinations. This trick is difficult and is performed by the experienced and most importantly the interested ones.

Tail whip is also hard to learn can also lead to many other tricks or combinations. First the player has to kick the scooter deck and then can advance in the competition. For safety purpose, shoes are recommended for the players’ toes.