Scalar Quantity is mainly defined as one of the physical quantities having no direction but only magnitude. This physical quantity is defined through its numerical value without having any direction. This quantity has the additional quality and it follows the simple rule of algebra (Buttazzo et al. 2022).

The simple rules of algebra mainly added the magnitudes of those quantities. In the field of physics, various terms are used and they like speed, force, work, end velocity. These quantities are divided as per the sectors of them and the sectors include the two types of quantities. 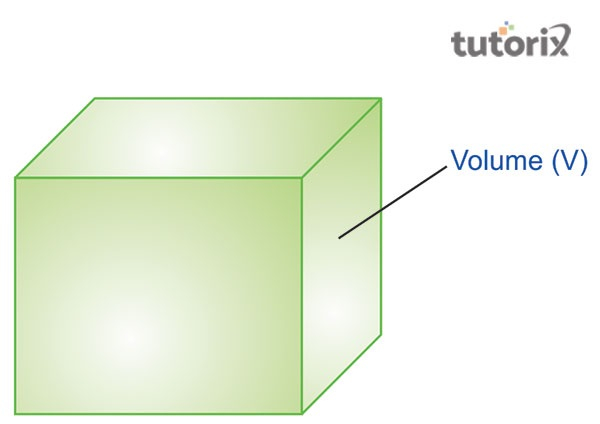 Figure 1: Volume as a scalar quantity

Different examples of Scalar Quantity can be given here and they include temperature, volume, time, density, speed, mass, and distance. These are the most common examples of this type of quantity (Danielson, 2018).

It is seen that the magnitude of this quantity is described through a real number. This quantity has no direction for action and it is a feature of this type.

Vector Quantity is a type of Physical quantity having the presence of both magnitude as well as direction. The quantity of the vector is equal to the unit vector. This unit is represented through a lowercase alphabet that is û. This type of quantity has both magnitude and direction (Bell et al. 2019). It is seen that the additional rule of vector does not follow the simple rule of algebra. It is presented through an arrow over a letter or a boldface letter. It presents through a segment of line and consists of an arrow at an end. The arrow mainly describes the segment’s length that gives magnitude. 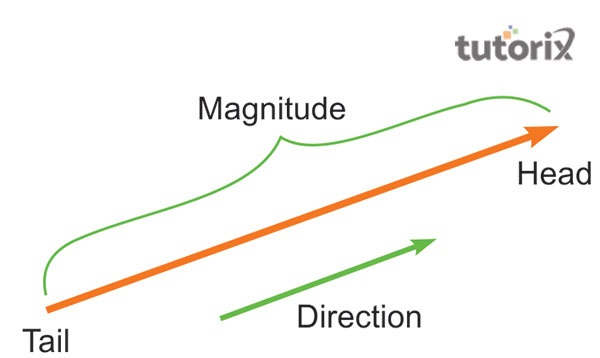 Vector Quantity includes the velocity, displacement, momentum, acceleration, weight, and force. These are examples of this quantity and have applications in the present time. Polarisation and electric field are also two common examples of this factor. The physical quantity is separate from that of the scalar quantity.

Scalar quantity has a normal role in algebra and Vector quantity have separate vector algebra. In the time of changing both direction and magnitude, vector changes but scalar changes only for the change of magnitude. Vectors cannot be divided into two vector quantities but scalars can be divided into another scalar quantity. Vector includes velocity and acceleration and scalar includes volume, mass, speed, charge, electric potential and time. 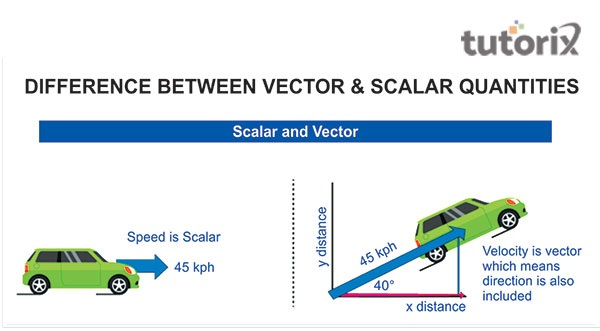 The factor is that scalar quantity has no direction whereas vector quantity has a direction of it. The physical quantities have different aspects in their own field. These are the main differences between those two factors.

Addition and subtraction of vectors

Vector Quantity has the different aspects of addition and subtraction. Two types of laws help in defining the addition of this quantity. The first one is Triangle Law and the other one is Parallelogram Law. The first kind of law represents that when the two vectors are presented through two sides of a triangle then the third side of the triangle in the opposite order (Askiitians.com, 2022) presents the resultant of the triangle.

On the other hand, the second law says that when two vectors act side by side at a point and are presented by the direction and magnitude of the two sides of a parallelogram, then the diagonal of the parallelogram draws their resultant. The factor of subtraction is the same as the process of addition. It is a process of subtracting of one vector from another and it is equivalent to adding vector.

Q1. What are the examples of scalar quantity?

Ans. Scalar quantity is a kind of physical quantity having only magnitude. Some examples of this quantity are speed, mass, distance, volume, time, temperature and density.

Q2. What are the examples of vector quantity?

Q3. What are the two main Laws for the additional process of vector quantity?