The idea of Rocket science was developed by Konstantin Tsiolkovsky, a Russian school teacher in 1898. In 1898, the schoolteacher proposed the idea of exploring the full space area by rocket. Robert Hutchings Goddard, a physicist, professor and engineer built the first liquid-fuelled rocket and launched it in the year 1926 in the era of innovation and space light. Rocket science is based on the principle and works on the concepts of physics and works in both small paper ones and Nasa rockets.

Calling from different places, watching television and many more have become possible with the emergence of this innovative technology of Rocket science. Rocket science works on the concept and understanding of physical and climatic phenomena that are necessary for innovation and creativity.

What is Rocket science?

Rocket science has wide usage and application from initiating satellites to testing apoplectic missiles. Rockets have been discovered from plain devices from gunpowder into huge vehicles that have the ability to travel into outer space. 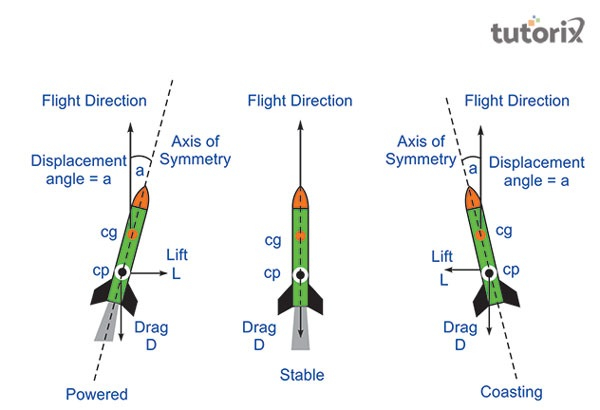 Rocket stability is a crucial part of Rocket science. It is claimed by Nasa after a certain revolution that if the nose of a rocket points in a rotational direction, the rocket is stable and the pressure centre is below the gravity centre. The rocket is pointed to be unstable if the rocket's tail points in a rotational direction (Chandler et al. 2020). Rocket science is extremely important as it delivers satellites to space where they can start to do their essential work. Rocket propulsion's principle works on Newton's third law of motion which defines that every action has its equal and opposite reaction. A rocket in physics is also demonstrated as the chamber encompassing a gas under pressure.

What is the Rocket science formula?

Based on the equation, $\mathrm{\Delta v}$ denotes the high transformation of the vehicle's velocity, and m0 represents the starting total mass (wet mass with propellant). Mf denotes ultimate mass (dry mass without propellant). $\mathrm{v_e: \:I_{sp}g0}$ is the effective exhaust velocity Isp: particular impulse in a time dimension. $\mathrm{g_0}$ is the standard gravity and ln is demonstrated as a natural logarithm function.

What fuels are used in rockets?

In most liquid chemicals, rockets utilise two separate propellants including an oxidiser and a fuel. In the rockets, mainly two types of fuels are utilised such as solid and liquid. Solid rocket fuels are generally considered less as they lack efficiency and control. Ammonium nitrate is the greatest instance of solid fuel which generally comprises two liquid fuels but they exist in a solid-state (Moats, 2020). Liquid fuel is most preferable and utilised as it comprises oxidiser and fuel. The most utilised liquid fuel is an oxidiser as liquid oxygen and liquified hydrogen as fuel. NASA utilises hydrogen gas for rockets. Fuel cell technologies of hydrogen gas of NASA are utilised for distinct purposes (Mishra, Jadhav & Akshay, 2022). This government agency depends upon hydrogen gas mainly as the fuel of rockets to deliver cargo and crew to air space.

What is the reason for thrust in a Rocket?

Stored oxidiser and fuel in a rocket engine are ignited in the chamber of combustion. This combustion creates high amounts of exhaust gas at high pressure and temperature. This hot exhausted gas proceeds through a nozzle which helps in speeding up the flow (Hashim, Karmakar & Roy, 2019). Thrust is generally created based on the third law of motion by Newton. 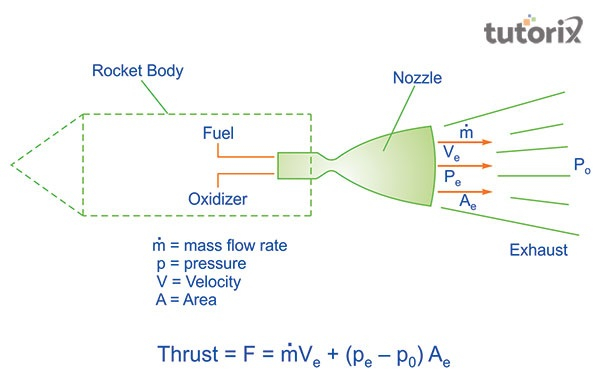 The above figure denotes a clear explanation of the thrust equation of the rocket. Rockets require thrust because it shifts the rocket through space and air (Hashim et al. 2018). The thrust amount generated by rockets relies on three parameters including the flow rate of mass (m dot) through the engine, pressure at the exit of a nozzle $\mathrm{(p_e)}$ and exhaust’s exit velocity $\mathrm{(V_e)}$.

How does rocket fuel burn in space without oxygen? 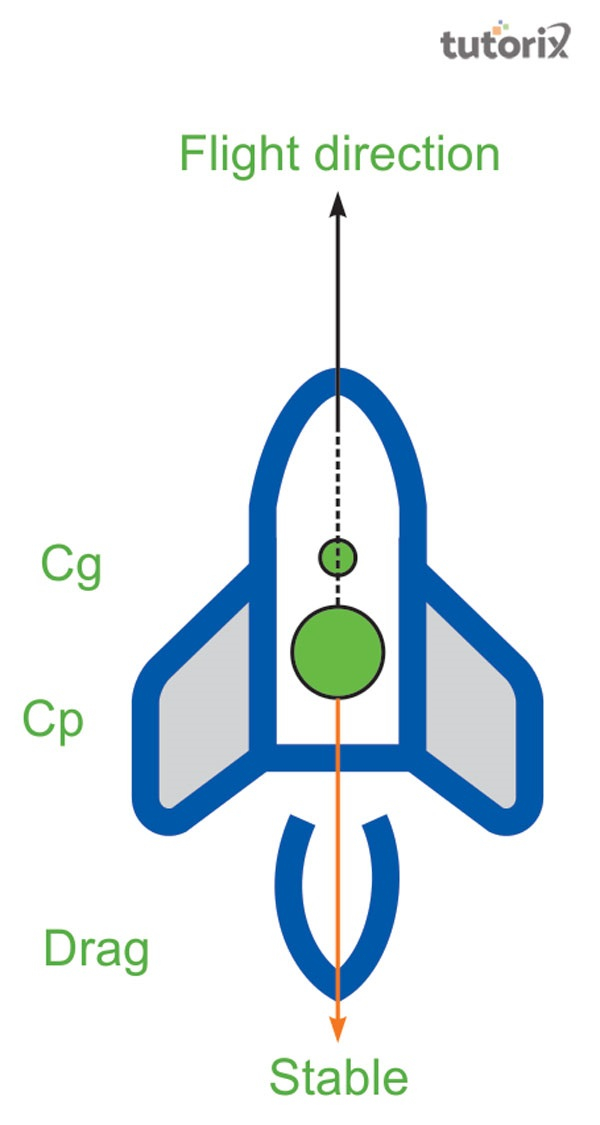 Rockets carry an oxidiser in the liquid oxygen form to burn-in space without the oxygen. The pressure in the gas in the rocket hit harder on the top creating it possible for the rocket to move forward.

Rocket is considered to be an extremely important innovation in this modern world as it has fuelled imaginations and unfastened the universe to explore and wonder. Rocket science is often mentioned as a colloquial term for the engineering of aerospace. Generally, for indicating the hardest job or work, people often use the phrase It's not rocket science. It can be clearly demonstrated from the phase that it is hard but it has proved to be beneficial in this modern world and make the lives of humans feasible.

Q1. What sort of energy is in a rocket?

Ans. The chemical energy kept in the rocket fuel is changed into work and heat. The energy of heat is emancipated during fuel combustion and work energy is evident by the capability of the rocket to itself off the ground.

Q2. What are rockets created of?

Ans. Rockets utilise aerospace-grade titanium or aluminium for the main frame since they are powerful and lightweight. Future designs of rockets are even looking into utilising carbon complex structures.

Q3. What are the uses of rockets?

Ans. Rockets are utilised to space shuttles and launch satellites into space. The strong engines permitted spacecraft to get blasted into space at high speed and correct orbit.

Q4. Is rocket science considered to be the hardest?

Ans. Rocket science is considered to be enormously hard. Aerospace joins so many disciplines of engineers and the workload is extremely vast and heavier than expected.