Python is one of the most acceptable languages among web and application developers because of its strong emphasis on efficiency and readability. There are numerous outstanding Python web frameworks, each with their own specialities and features.

Here, we will outline some necessary details and features of Django framework.

About − Built by experienced developers, Django is a high level Python web framework which allows rapid, clean and pragmatic design development. Django handles much of the complexities of web development, so you can focus on writing your app without a need to reinvent the wheel. It’s free and open source.

To map objects to database table, Django uses ORM and the same is used to transfer from one database to other.

It works with mostly all important databases like Oracle, MySQL, PostgreSQL, SQLite, etc.

There are numerous websites in the industry which uses Django as their primary framework for backend development.

Some of the exemplary features of this Python web framework are −

About − It is classified as a micro-framework as we don’t require any particular libraries or tools. It has no form validation or database abstraction layer or any other components where pre-existing third party libraries provide common functions. However, flask support multiple extensions which extended the application features as if they were implemented in Flask itself. Extensions exist for object-relational mappers, form validation, upload handling, various open authentication technologies and several common frameworks related tools. 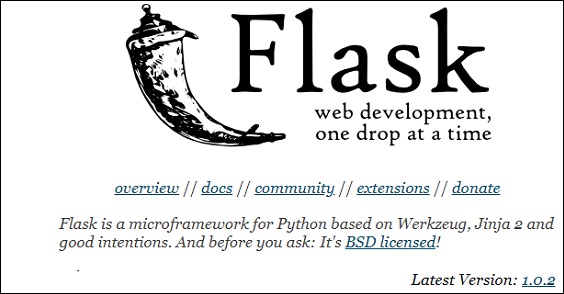 About − Python 2.6, 2.7 to Python 3.x version. With no further dependencies, it’s a complete package in itself. Development, database administration, debugging, deployment, testing, and maintenance of applications all can be done through web interface, but generally not required. It is a scalable open source framework that comes with its own web-based IDE alongside a code editor, one-click deployment and debugger.

This framework comes with many developing tools and built-in features that eliminate the hassle of complexity to the developers. 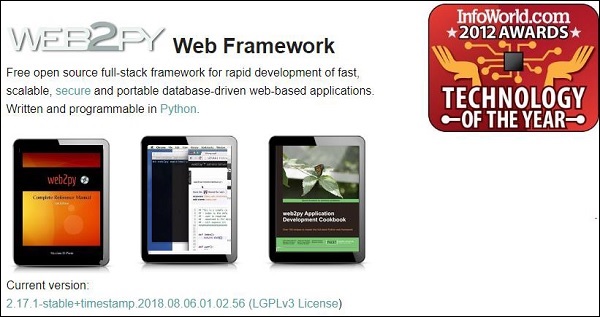 About − Pyramid is a small, fast, down-to-earth Python web framework. It is developed as part of the Pylons Project. It is licensed under a BSD-like license. It makes real-world web application development and deployment more fun, more predictable and more productive.

Python Pyramid is an open sourced framework with the following features −

Category − The Dash framework belongs to “other” Python web frameworks.

About − Dash as an open source library for creating interactive web-based visualizations. The plotly team created Dash – an open source framework that leverages Flask, React.js and plotly.js to build custom data visualization apps. Key highlight of this library is that you can build highly interactive web application only through Python code. Data scientists love dash framework, specially all those who are less familiar with web development.

With Dash, developers get access to all the configurable properties and underlying Flask instance. The applications developed using Dash framework can be deployed to servers and are eventually rendered in the web browser.

Dash applications are inherently cross-platform (Linux/Win/Mac) and mobile friendly and the capabilities of applications can be extended by the rich set of Flask Plugins.