Model View Controller (MVC) is a software design and structural pattern for developing webbased applications. This software architectural separates the representation of information from the user's interaction with it. 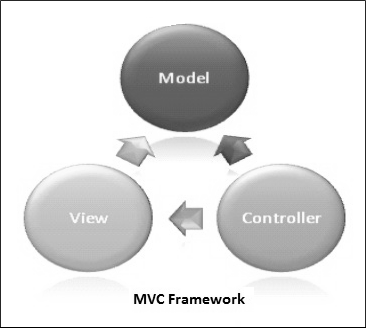 Models are objects which represent knowledge. There should be a one-to-one relationship between the model and its parts. It includes all the logic to be used for database connectivity and performing CRUD operations.

A view is a visual representation of its model. View interacts with the model or its parts and gets the data necessary for the presentation from the model. This is achieved by sending requests and receiving appropriate responses. View includes all the data that end user sees.

A controller acts as the intermediary between the user and the system (model and view). It accepts the request from the user, through the view sends it to the model. The model manipulates it and sends the response to the controller, which is displayed as the output to the end user through view.

The controller receives such user output and translates it into the appropriate messages. These messages are used by view to display as appropriate responses.

The workflow in Phalcon is as follows − 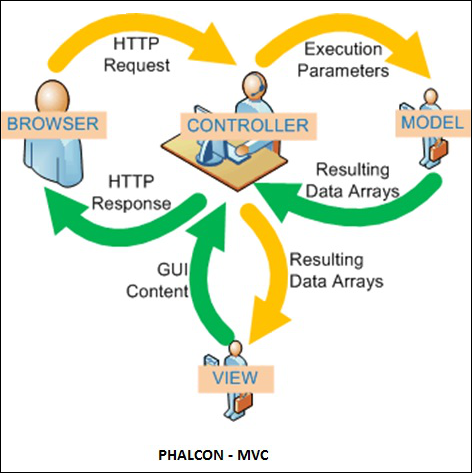 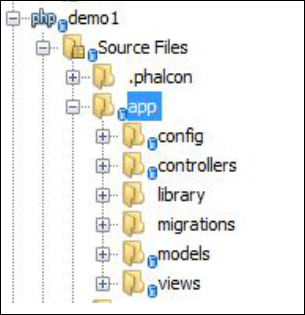 All business logic is described in the controller, and the model interacts with the database which includes all files with respect to each and every table.