In MVC framework, “C” stands for the Controller which refers to the switchboards of the web application. The actions undertaken by the controller, helps to pass parameters to the view so that it can display and respond to the user input accordingly.

For example, if we register through a sign-up form which includes details of the user such as username, email address and password, and click the Submit button, the data inserted or posted by the user is sent through the controller with the help of associated action or function.

Features of a Controller

A controller accepts inputs from the view and interacts with the associated model.

Workflow of a MVC in Phalcon

The following illustration shows the workflow of MVC in Phalcon 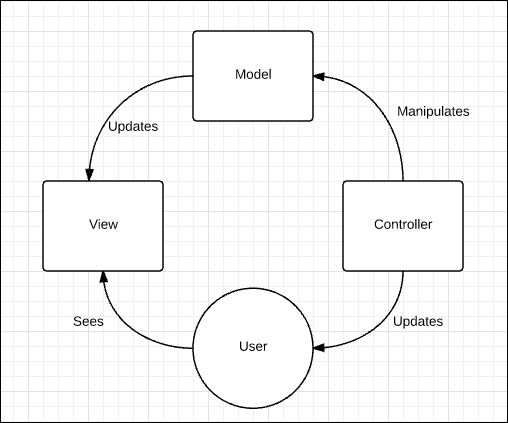 Steps to Create a Controller in Phalcon

Step 1 − Redirect to the project path with the help of command prompt. Refer to the following screenshot. 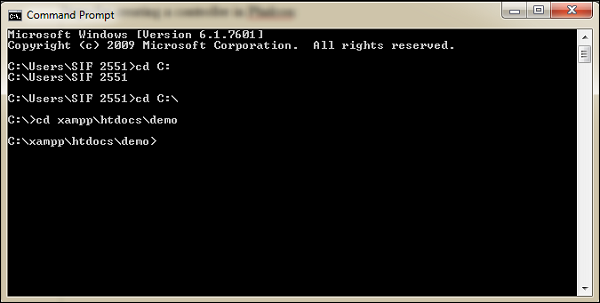 As referred in the above screenshot, “demo” is the project associated with Phalcon PHP framework.

Step 2 − Use the following command to create an associated controller.

Following is the output on successful execution of the above command. 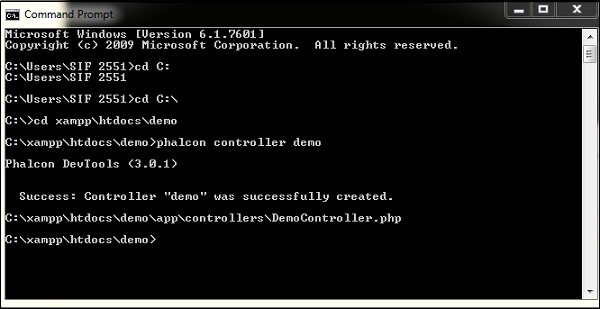 Note − The class names of the controllers must have the suffix “controller”. This implies a good naming convention which is followed in Phalcon.

By default, when the application is created in Phalcon PHP framework, it includes a controller named “IndexController”. This controller is invoked by default to trigger the actions.

This controller is extended by controller-base unlike other controllers which extends \Phalcon\Mvc\Controller. 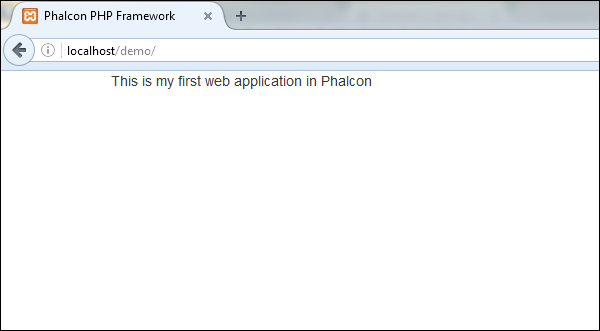