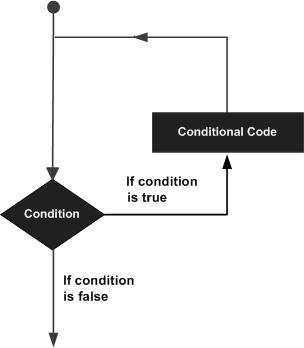 Loop control statements change the execution from its normal sequence. When execution leaves a scope, all automatic objects that were created in that scope are destroyed.

A loop becomes infinite loop if a condition never becomes false. The for loop is traditionally used for this purpose. Since none of the three expressions that form the for loop are required, you can make an endless loop by leaving the conditional expression empty.

You can terminate the above infinite loop by pressing the Ctrl + C keys.

When the conditional expression is absent, it is assumed to be true. You may have an initialization and increment expression, but as a programmer more commonly use the for (;;) construct to signify an infinite loop.