Paragliding is a sport in which the players fly in the air using paragliders. These paragliders are light in weight and are foot launched. There is a harness in the glider on which the paraglider sits. This harness is interconnected to the glider with baffled cells. We will learn various aspects of this adventurous in the chapters that follow.

To compete in this sport, the player must have adequate license for paragliding and all other related documents present with him before the competition. The distance covered by the player is transformed into points through computer in IGC format. 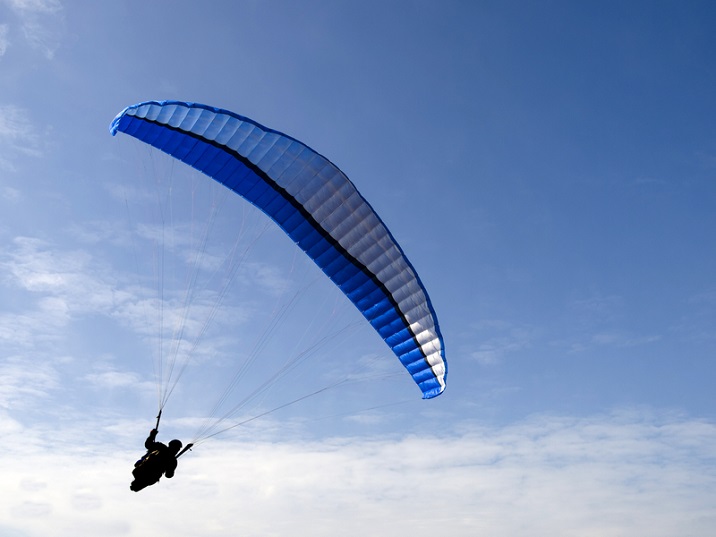 A Brief History of Paragliding

The passion of paragliding was started by Garvit Sharma, who designed advanced gliding parachutes. Later in 1961, it was modified technically and soon the phase of para commander started. In the same line, sail wing was modified by David Barish which was used for recovering NASA space capsules. After 1980’s, equipment started to modernise and this sport got a new dimension.

World’s first paragliding championship (unofficial) was organised at Switzerland in the year 1987. Soon after that Federation of Aeronautic International (FAI) sport gave official nod to paragliding and organised first official world championship in Kossen, Austria in 1989.

PMA (Paraglider manufacturer association) published an interesting fact according to which currently there are 1, 27,000 paragliders all over the world. The sport has its huge fan following in Europe, followed by Asia and Latin America.

Paragliding demands jumping from high heels and to ski in the air for long hours. Therefore, a hill station having a stiff peak and a wide area for surfing in the air will be a suitable environment. If it will be played in any normal crowded area, then it is obvious that the user will face difficulty while paragliding.

The area must also be free from any airline path so that the player should not face any emergency landing system due to an airplane approach. Adequate safety and protection must be taken care of before flying so that player can fly comfortably for long hours.